The Show Must Go On … 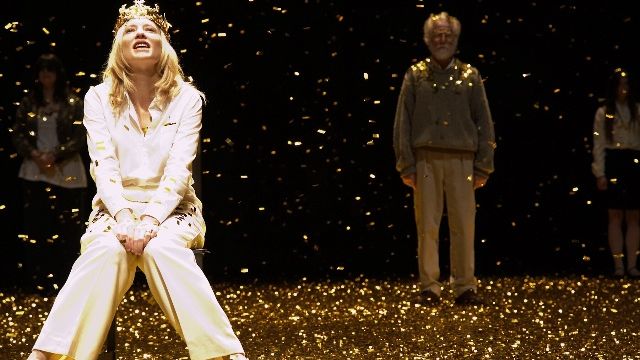 Actress Cate Blanchett has been slightly injured on stage in Sydney after she was hit in the head with an airborne radio.

The Sydney Theatre Company's second performance of A Streetcar Named Desire was cut short last night (Wednesday) due to the incident.

Several people said they could see blood streaming down the back of Blanchett's head after the incident.

But the show will go on for Blanchett tonight, and a spokesman says Blanchett has assured the cast she is fine.

"An hour into the performance, there was a physical confrontation as part of the script between Joel Edgerton and Cate Blanchett and in the process of throwing a prop - a radio. The radio hit Cate Blanchett on the side of the head," he said.

"I saw no blood or anything like that, but it looked as if she had been sideswiped by this very light, maybe even balsa wood type of radio.

Audience member Julia Cassuben told the ABC no-one watching the play was told what had happened to Blanchett until some time after she was injured.

"No-one really knew what was going on," she said.

"They said there would be a brief interval because of a technical difficulty, and we all left and then later on a person came out about 10 minutes later saying that the show couldn't go on because a member of the cast had been injured."

The Sydney Theatre Company says Blanchett will be well enough to perform tonight.

The play has been sold out for months.

Photo: Cate Blanchett in War Of The Roses - Tania Kelley.