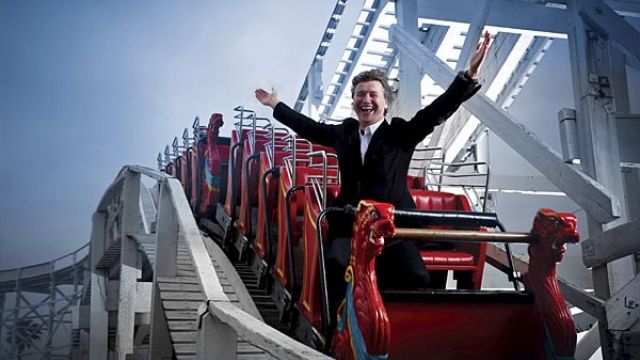 Artistic Director and Chief Executive of MTC Simon Phillips will leave the Company at the conclusion of the 2011 Season.

Chairman of the Melbourne Theatre Company’s Board, Derek Young today (July 28) announced that after more than 10 years at the helm of the MTC, Artistic Director and Chief Executive Simon Phillips would leave his roles with MTC at the conclusion of the 2011 Season. Simon will continue to direct and program the 2011 Season whilst an international search is undertaken to find a new Artistic Director and Chief Executive for the Company.

‘Today marks the end of an era, as on behalf of the MTC Board and the Vice-Chancellor of the University of Melbourne Glyn Davies, I announce that Simon Phillips has decided to resign from his positions as MTC Artistic Director and Chief Executive at the conclusion of the 2011 Season. Simon began his long association with MTC as an Associate Director in 1987 before leaving to become the Artistic Director for the State Theatre Company of South Australia in 1989. Simon returned to the Company in 2000 to take up the roles of Artistic Director and Chief Executive for the Company.

Since joining the company Simon has chalked up a phenomenal number of achievements. He has played a fundamental role in the establishment of our $55 million, state of the art, award winning MTC Theatre on Southbank Boulevard, providing the first permanent home for MTC. Simon has been crucial overseeing the move to our new Head Quarters at 252 Sturt Street, Southbank.

During his time at MTC Simon has created inspiring seasons of plays and personally directed sixty productions for the Company, many of them award-winning and all of them thrilling and entertaining for audiences. Through Simon’s artistic leadership he has provided thousands of opportunities for actors, writers, directors and designers to realise their dreams.

Ten years ago Simon took the reins of a Company which had long held a place in the heart of Melbourne’s artistic community. Simon cemented that position and turned it into an incredibly successful company both financially and artistically. Through strong and inspirational leadership Simon has ensured the long term viability of the company leaving it in a wonderful shape for a new director.

Simon has been an inspiration to us all - his cheeky wit, charismatic charm and integrity will be sorely missed. We wish Simon all the very best with the next stage in his career.

In an announcement to MTC Staff this morning Simon Phillips said ‘It’s strange and sad to be leaving a company with which I’ve had such a long and passionate association. But it’s over a decade since I took up the reins and I feel it’s time someone else had a go. I’m not moving on to bigger and better things, because for me there is nothing better than the MTC. It’s simply the right time – the major goals I had for the Company have been reached, we have a theatre of our own, new premises for our administration and the highest subscription base in the country – so now it’s appropriate that someone with a fresh energy and vision take the Company forward into its next decade. The rewards of making theatre are inestimable, and I’ve been supported by an immensely loyal, hard working and cheerful staff, so there’s much I will miss, but I know that everyone (including me!) will grasp the opportunities of change with renewed excitement and vigour’.

An international search for a new Artistic Director and Chief Executive for Melbourne Theatre Company will commence shortly. The appointment will commence work at some point in 2011 to program the MTC 2012 Season.