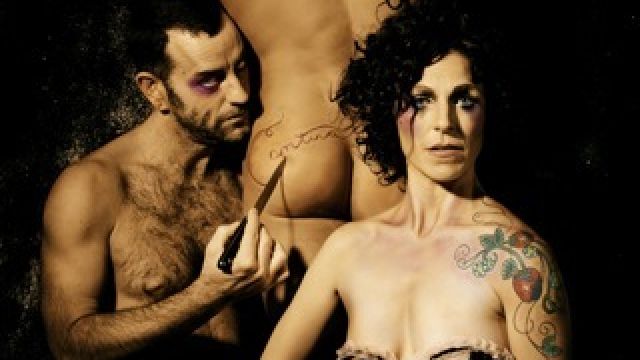 The Famous Spiegel Gardenwill transform the outside of the Arts Centre into a lush, tropical ex-pats club this summer, with an extraordinary cabaret line-up at the Famous Spiegeltent at its heart.

“We’re tipping our hat to the relaxed elegant atmosphere of Singapore’s famed Raffles Hotel and giving Melburnians a place to experience that,” explained Judith Isherwood, Chief Executive, the Arts Centre of The Famous Spiegel Garden theme.

“The Famous Spiegel Garden will utilise existing elements of the Arts Centre Forecourt to fashion them to reflect the Raffles Hotel look we are creating. Working loosely with the era of the 1930s, the Garden will personify the glamour, mystique and decadence of Old Hollywood meets the Colonial Tropics meets Raffles Hotel,” she added.

Five distinct yet connected zones will link the site to the well known Famous Spiegeltent experience to create a sense of journey, play and variety across the site.

Features of The Famous Spiegel Garden include:

The Trophy Room - With a first class members room feel, inside and outside of Curve Bar forms the centre of the ex-pat’s club which will feature fake trophy heads on the wall and staff dressed in white linen jackets. Ideal for specialty cocktails and fine dining.

The Banana Lounge - The perfect spot for people watching! Low slung deckchairs, picnic rugs and daybeds line up on the back lawn of Curve Bar for those who want a little privacy away from the crowds.

The Games Lawn - The ‘mouse hole’ entry to the NGV will be covered with fake grass for evening games of badminton, quoits and croquet. 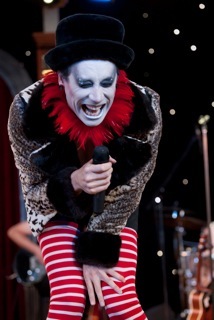 The Famous Spiegeltent is returning to the Arts Centre Forecourt from 12 February to 24 April with an exciting program of events, including Smoke & Mirrors; the hit of the Brisbane Festival, Cantina; New York’s infamous The Wau Wau Sisters’ Last Supper and Paul Capsis - Make Me A King.

Programmed by the Arts Centre, The Famous Spiegeltent will feature at least three shows per night, six days a week (closed Mondays) until April when the Melbourne International Comedy Festival will take over at the Arts Centre.

There will be more that 200 performances from February to April. Including cabaret, new circus, comedy and music performances.Feature performances in The Famous Spiegeltent throughout February and March include: 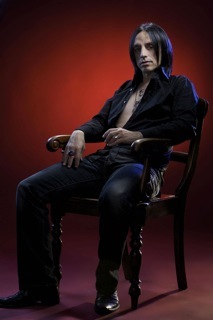 Drawing from the worlds of cabaret, circus, vaudeville and side show the production takes the audience on an utterly unique, seductive and thrilling theatrical journey.  Premiering to critical acclaim and a triumphant sell out season, the triple Helpmann Award winning Smoke & Mirrors was a smash hit at Sydney Festival in 2010, Adelaide Cabaret Festival and Edinburgh Festival Fringe. Created by Craig Ilott and iOTA. February 12 – 26

Let New York's bravest and bawdiest duo show you the way as twelve disciples, umpteen cocktails, endless fun and fearless abandon combine in a night of mayhem with a bacchanalian finale you will never forget! March 1 – 6

Paul Capsis – Make Me A King

An intimate show paying homage to Paul’s musical influences and bringing something special of his own to a range of jazzy, bluesy and timeless songs. Accompanied by an extraordinary jazz trio, led by Alister Spence, the Make Me A King repertoire will include songs of Billie Holiday, Nina Simone, Dinah Washington and others. 8-13 March

A place of faded glamour and alcohol-flamed passion, Cantina is a new circus cabaret thatexplores both the rapture and torture of desire and the tension between harsh reality and escapist fantasy. 16 -27 March

Further artists confirmed so far include Mikelangelo and the Black Sea Gentlemen, Gadflys, Tripod, Bob Downe and Wildbirds & Peacedrums with more local and international artists to be announced throughout December and January. 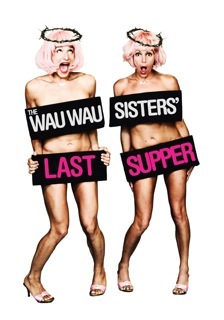 Other highlights of the program include:

The Famous Spiegeltentis presented by the Arts Centre in association with David Bates and Spiegeltent International.