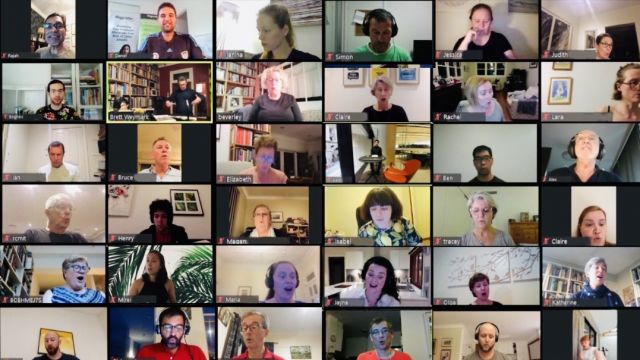 Sydney Philharmonia Choirs couldn't let the Easter weekend pass without a moment to share the glory and beauty of Bach's St John Passion. The Choirs had originally intended to perform this piece at Sydney Town Hall on Easter Saturday, but as the Covid-19 pandemic forced us all into isolation, they started working towards a plan to record a section for digital release this weekend instead.

Over the past few weeks Sydney Philharmonia’s choristers, music staff and a newly formed editing team have gone into overdrive to ensure rehearsals for this piece kept going.

And then they asked each of the musicians to record their voice or instrument from home and send the recording to their team.

The many recordings were then mixed and edited under the eyes and ears of Sydney Philharmonia Choirs Artistic Director, Brett Weymark, and producer/ editor Mark Harris.

The resulting video is a special 'isolation presentation' of Part Two, No 39 - Ruht Wohl from St John Passion BWV 245 by Johann Sebastian Bach.

It’s nine minutes from one of Bach's most nuanced and daring compositions, which sets scripture and poetry to music of heartbreaking beauty: at times turbulent and anguished and, at others, comforting and serene.

Watch the performance on Saturday April 11 on the Sydney Philharmonia Choirs YouTube channel at  youtube.com/channel/UCl4cGHulzH-BkY_D35ggkUQ. (And look out for a hidden bear in some of the videos).

The Choirs hope you enjoy this special presentation and look forward to bringing you more content as the weeks go by.

Sydney Philharmonia Choirs wish to thank the 40 choristers (some whose recordings were sent from overseas) and 12 orchestral players who gave their time to ensure this performance could continue, in a somewhat “reimagined” form from the original plan.

Also the artistic and editing team who spent countless hours rehearsing the choir, downloading and uploading content and creating this recording. 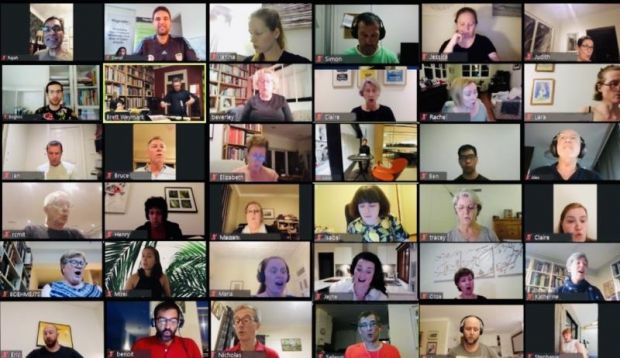