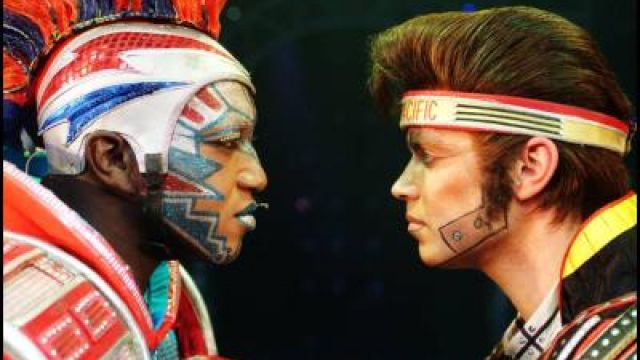 David Spicer reports on the fastest and ‘silliest’ show on earth.
Andrew Lloyd Webber’s 1980’s spectacular, Starlight Express, is being staged on a grand scale during July in Wellington, Auckland and Christchurch.
Producer Stewart Macpherson is a brave man. In the midst of a recession he is rolling out the ‘biggest’ musical New Zealand has ever seen. It is too big for traditional theatres. This production is being staged in sporting and entertainment arenas.
“I’ve brought in nine forty foot shipping containers of tracks and equipment, and then I added some extra ramps,” Stewart Macpherson said.
The performers also have to be brave in this musical.
“It is quite dangerous - this is much about sport as it is music. This is gladiatorial,” he said.
In rehearsal there have been some injuries. One of the stunt skaters brought in to do the ‘double wild-flip crazy boy things’ had a crash.
“It split his crash helmet. He was slightly concussed and taken to hospital. He’s back on course now,” he said.
This is a production where you need to plan for injury time.
“There are 30 skaters…but we use 24 at any one time,” he said.
Being near the front of the stage is also a thrill.
“People in track-side seats will be barely a metre from very fast wheels, ”he said.
The New Zealand production is using the tracks left over from a tour in Scandinavia. Stewart Macpherson has added extra ramps.
He’s delighted that Andrew Lloyd Webber has added some new music.
“It’s the one show that Andrew is prepared to be a bit loose about and play with. He’s updated the score to include some hip hop and rap,” he said.
With the recession and competition from a pro-am production of Cats in Auckland and Cirque du Soleil, Starlight Express has been struggling to sell tickets.
“I am quietly confident we are going to get there. People are being a little more prudent, ‘ he said.
And after New Zealand he has hopes of exporting the Kiwi edition of the musical.
“I’ve had interest form Asia and South Africa, ” he said.
Who knows where the Starlight Express will stop next.

Read the entire article in Stage Whispers July / August issue, on sale at the store section of this website and select newsagents and bookstores.