STC in the Black, and Green 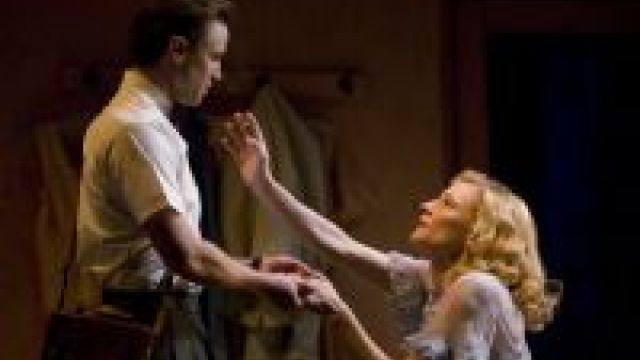 At its Annual General Meeting today (May 25, 2010), Sydney Theatre Company announced an operating profit of $607,167 for 2009, the first year programmed by Artistic Directors Andrew Upton and Cate Blanchett.
While the Company’s operating profit is $607,167, the recorded result also includes income of $152, 192 earmarked for the Company’s Greening The Wharf project, which means the Company’s 2009 result is a surplus of $759, 359.
2009 highlights included A Streetcar Named Desire by Tennessee Williams directed by Liv Ullmann, which toured to New York and Washington where more than 50,000 people saw the show. The production itself, Robin McLeavy and Cate Blanchett were honoured with prestigious Helen Hayes Awards and only the Company’s already full schedule for 2010 prevented accepting invitations to transfer the production to Broadway.
When the 2009 Sydney Theatre Awards were announced in January, Sydney Theatre Company made a 100% clean sweep of the main-stage theatre categories.
2009 was a significant year in terms of fundraising for the Company’s Greening The Wharf program, an ambition for the Company announced by Andrew Upton and Cate Blanchett at the time of their appointment. Work is underway to transform the Company’s home base, The Wharf, into a demonstration of how buildings, even heritage listed ones, can be made more sustainable. A highly visible component of this comprehensive plan will soon become a reality as installation of one of Australia’s largest capacity roof-top solar energy arrays gets under way.