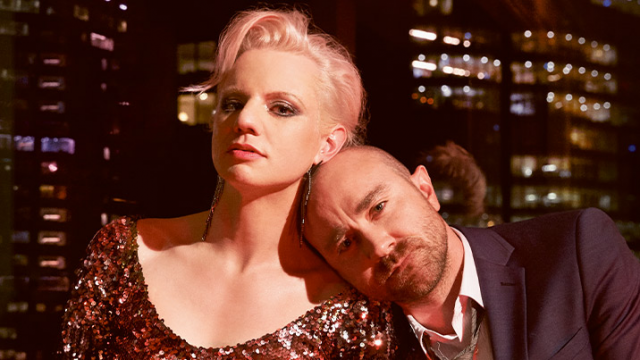 Sydney Theatre Company Artistic Director Kip Williams has announced that Triple X – the semi-autobiographical trans love story by two-time Griffin Award-winning playwright and trans performer Glace Chase – will be rescheduled in the 2022 season and all remaining performances of the 2021 season will be cancelled. The production had been due to begin performances on July 1 and the first four weeks of the season were already cancelled due to the current lockdown.

Triple X is a co-production between STC and Queensland Theatre Company and premiered in Brisbane to 5-star reviews earlier this year. Originally scheduled to premiere in 2020, this is the second time the STC season has been shut down by the pandemic and Williams says the Company is determined to give the play the Sydney premiere it deserves:

“Triple X is the first ever trans love story to be featured on a mainstage, not only in Australia but also around the world. It’s such a special show and unique story – thrilling, funny, moving, powerful, cheeky and subversive and ultimately deeply profound in what it says about love and living truthfully.

My heartbreak over cancelling this season is tempered by the fact that Triple X will be coming to the Wharf at the start of our 2022 season. We can’t wait for Sydney audiences to finally see this sublime production and enjoy the remarkable writing of Glace Chase, the superb direction of our Associate Director Paige Rattray, and the brilliant, brilliant work by this phenomenally talented cast, creative team and crew”.

Triple X examines the relationship between straight ‘Wall Street banker bro’ Scotty and trans performer Dexie (Chase) who begin an affair, just a few months before Scotty is due to marry his ‘perfect’ fiancée. Glace – a self-described trans queen – says, while Triple X is a story deep from her heart, the themes it delves into are universal.

“It’s a story that’s never been seen on a mainstage, a story based on a true experience from my life – a trans woman and the straight man that she falls into a thwarted relationship with,” Glace says.

“Although a mainstream audience has never seen a story like this before – an honest depiction of trans romance – it’s the desperate desire for connection, to be understood by someone, and to be seen that makes Triple X so relatable, and even more relevant in these isolated times. Triple X, like trans people in general, has had to fight very hard to be seen and finally we get to share it and celebrate it with Sydney. I can’t wait.”

STC's Associate Director Paige Rattray (The Beauty Queen of Leenane) has been working on the show with Glace for almost five years and says the creative team are determined to bring this show to Sydney audiences.

“Mainstage audiences deserve to witness this groundbreaking show, written by one of the most entertaining yet profound writers I’ve ever worked with. This play has definitely changed the way I think about the world and I can’t wait for more people to share in the revelatory experience that is Triple X.”

Williams says the Company hopes to return to the stage as soon as possible and in the meantime encourages those who have the means to consider donating to the Actors Benevolent Fund, “We’re not quite sure when we’ll be able to reopen our doors but we still have some exceptional productions waiting in the wings that we will bring to you as soon as we can.”

“The cancellation of Triple X and our other performances are key examples of the way in which the performing arts are so profoundly affected during lockdowns and, as we recall from last year, the performing arts are a workforce that is largely made up of freelance and casual workers who are so vulnerable right now,” Williams says.

“The Actors Benevolent Fund of NSW are a terrific organisation who take care of theatre workers, be they actors, stage managers, writers, designers or technicians. And to all of you who are supporting the performing arts through donations, donating back tickets or even just messages of support, thank you so much, it means a great deal to us all.”