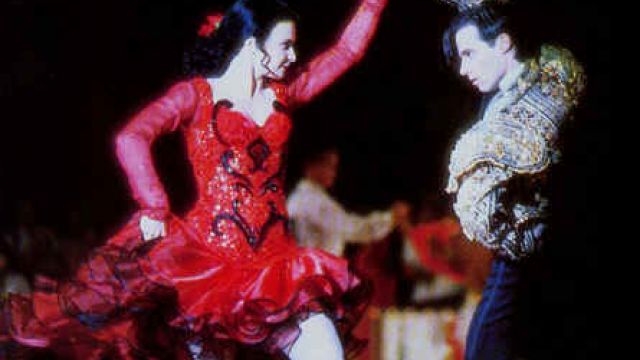 Baz Luhrmann will commence a creative workshop of the book, text, and music in December, 2010 in Sydney, Australia. The full production schedule and location of the premiere will be announced at a later date.

Strictly Ballroom will be produced for Global Creatures by Carmen Pavlovic and Rob Brookman.

Strictly Ballroom was co-written and directed by Luhrmann, based on a stage play he originally conceived, co-wrote and directed as a student at NIDA. Strictly Ballroom became the surprise hit of the 1992 Cannes Film Festival, winning the Prix de le Jeunesse. Produced for less than $5 million, the film spent many weeks in the number one spot in the UK and Australia and earned more than $80 million at the box office and was loved by audiences around the world.

“After years of talk about bringing Strictly Ballroom to the musical stage, I’m energized by the partnership we have made with Global Creatures, an Australian company that has made a giant impression on the world’s stages over the last three years.”

“Strictly Ballroom has always been very personal to me, the genesis drawn from my childhood experience in the world of ballroom dancing. The creative and life ideals of the story, that being that a life lived in fear is a life half lived; and creativity triumphing over creative oppression, the belief there’s always more than just one way (to cha cha cha), are ideals I live and create by to this day.”

“We are delighted that Baz will direct this production – it brings the journey of his tour de force full circle and leaves it in its rightful place – safe in his hands. Baz is the best person to ensure the integrity and heart of his story will be preserved in its transfer from film back to the stage.

“The relationship with Bazmark also affords us the chance to work with the remarkably talented Catherine Martin, who will be designing Strictly Ballroom for the stage.

“There is a natural fit between our two companies. We share an ambition to create thrilling, ground-breaking experiences for the global stage.

“We’re also very excited to hold the worldwide rights to Strictly Ballroom in all theatrical forms so that the show’s run in commercial theatres will eventually be followed by productions in pro-am, community and school theatres where new talent – perhaps the future Baz Luhrmanns of the world – may also have their first stage experience.”

Global Creatures produced Walking with Dinosaurs - The Arena Spectacular, based on the award winning BBC TV series, and has announced a production of King Kong - Live on Stage, which will be produced in co-operation with the estate of "Kong" creator Merian C. Cooper. They have also announced a collaboration with DreamWorks Animation to develop an arena show based on the hugely successful film How to Train Your Dragon.

Strictly Ballroom began as a play conceived, co-written, and directed by Luhrmann while studying at NIDA. Baz chose the ballroom dancing world he had known from his childhood, and with his collaborators, created a thirty-minute piece, in which he played the part of Doug, Scott Hastings’s "could have been" champion father. It was first performed as a devised theatre piece in 1984, on a budget of $50. The play was an immediate hit with audiences who were drawn to it both by the powerful metaphor of the story – that being of the triumph of creativity over oppression - and the innovative direction and staging.

The play had several further incarnations, including an invitation to perform at the Festival of Drama Colleges in pre-glasnost Bratislava, Czechoslovakia in 1986, where the play received a thirty-minute standing ovation and awards for Best Direction and Best Production. Luhrmann explains: "We weren’t prepared for the fact that the metaphorical implications of the story (the individual leading a popular revolution against a repressive regime) would strike such a chord with an audience who obviously had their own all-powerful federation to deal with.” At the end of the standing ovation, the frenzied audience rushed the stage.

Later productions and further evolutions of the text included a first run during Luhrmann's stint as Artistic Director of his experimental theatre company The Six Years Old Company (for the Sydney Theatre Company) and a further touring production which premiered at the Brisbane World Expo 1988. It was at this time that the play caught the attention of film producers Ted Albert (of the music company Alberts, who amongst their acts had the hard rock superstars AC/DC) and Tristram Miall, of the M&A film company, who proposed a film adaptation to Luhrmann which he went on to co-write and direct.

Luhrmann's first film, Strictly Ballroom was the surprise hit of the 1992 Cannes Film Festival, winning the Prix de le Jeunesse. The film went on to be loved by audiences around the world. Produced for less than $5 million, the film spent many weeks in the number one spot in the UK and Australia, and earned more than $80 million at the box office. It was nominated for a Golden Globe in the Best Picture (Comedy or Musical) category and went on to win 3 BAFTA awards.

Strictly Ballroom has been responsible for the television phenomena in the UK, Strictly Come Dancing and, in the US, Dancing with the Stars, which is currently the second most-watched program in that country next to American Idol. In 2009, Luhrmann joined as a guest judge on Dancing with the Stars in the United States.