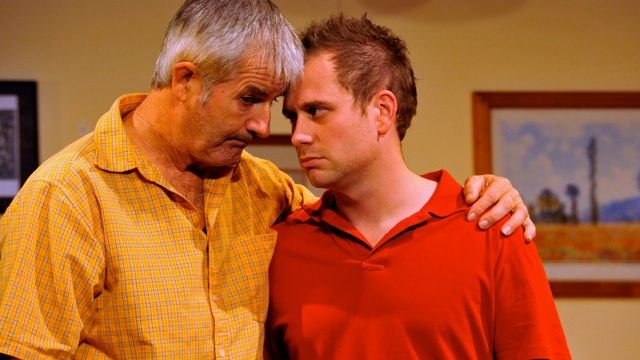 How’s a guy supposed to find Mr. Right when his dad won’t stop trying to help?

Written by Australian playwright and Academy Award nominee David Stevens, The Sum of Us is a bitter-sweet comedy about the search for companionship and belonging. It explores the loving relationship between a widower, Harry, and his gay son, Jeff, as they embark on their individual searches to find the right partner.

This touching play illuminates the eternal human need to transcend our separateness and embark upon the difficult but necessary road to an accepting and loving connection with others. Perfectly balancing humour and sadness, it’s described as ‘a meditation on the enduring strength of love in the face of adversity’. 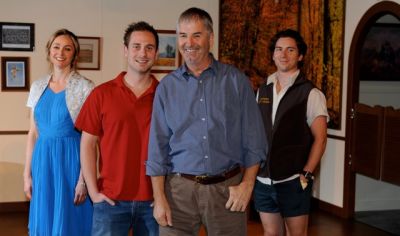 Images: (top) John Jarratt and Patrick Harvey, and (lower) the cast in The Sum of Us.

The Challenge: As The Sum of Us is a play about a father / son relationship, tell us what you would call your parent / child (or family) play (either fictitious or autobiographical)?