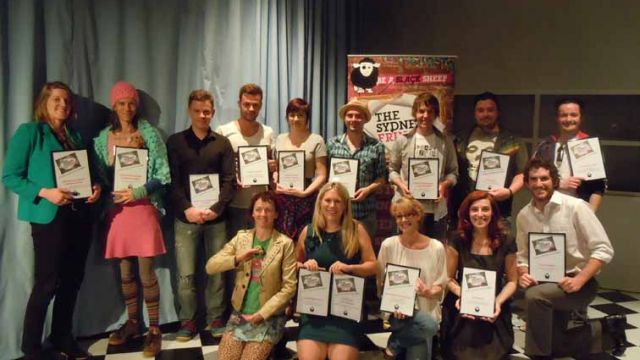 The 2nd Annual Sydney Fringe Festival Award-winners were announced and their work celebrated in a ceremony at the Sidetrack Theatre, Marrickville, on November 3.

It does, however, seem a rather long time lapse between the close of Fringe on October 2 and the awards presentations, compared to, say, the 2011 Adelaide and Melbourne Fringe Festivals, where the awards were presented on the closing night of the festival

Festival Director Richard Hull said that more than 70,000 audience-members attended more than 250 events in over 80 venues.

"We have already begun our plans for 2012 and I hope, at least some of you here tonight, will be ready to take another plunge when we open our registration process on February 1st.

"But tonight is about recognizing some amazing work from this year’s festival. A team of judges, including myself, who saw as many shows, events and exhibitions as we humanly could, have recommended and wrangled  to reach our final choices.

"In a festival as diverse as this, with so many genres, so many reasons and motivations for being a part of the Fringe, to compare one artist’s work against another is, I think, a bit redundant. So we celebrate excellence across the board here tonight, without categories or competing nominations."

Performing Arts winners of Awards for Excellence are:

For her production A PERSONAL WAR, STORIES OF THE MUMBAI TERROR ATTACKS 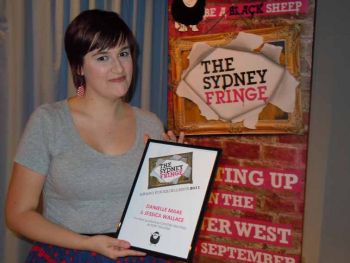 For their devised production COUNTRY MATTERS

For her solo performance THE DAY THE SKY TURNED BLACK

For his performance as Jack in THE WILL 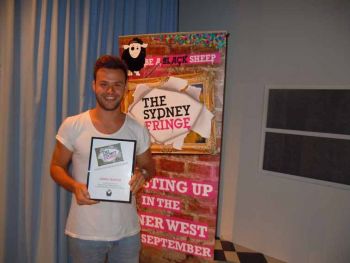 For his direction of PRODUCT by MARK RAVENHILL

For their performances in the musical JOHN AND JEN

For his solo performance CONFESSIONS OF A GRINDR ADDICT

For creating SPINNING A YARN

For their performances in ROMEO AND JULIET IN TEN WITH TWO 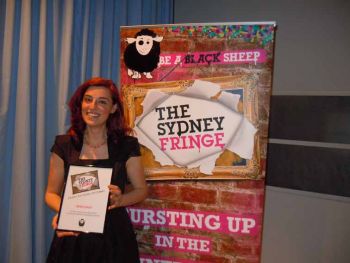 For her cabaret production LADY NERD

For his performance in PIRATE RHAPSODY, MERMAID REQUIEM

For their production TOO SOON TO TELL

For her solo performance MY PARIS

For his stand-up show MERCY

THE DAY THE SKY TURNED