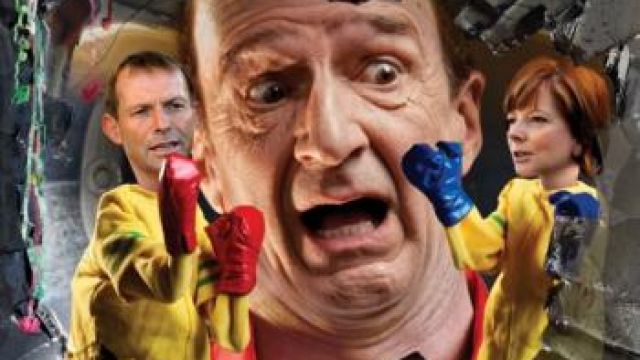 In his 40th year as a playwright, David Williamson presents Australian theatre audiences with an anniversary gift; a sequel to his landmark hit play, Don’s Party.

“I’m honoured to be involved in the world premiere season of Don Parties On. This landmark theatre event is a momentous occasion for Australian theatre on the eve of David Williamson’s fortieth anniversary as a playwright,” said Producer, Rachel Healy. “Don Parties On is fresh, topical and relevant, a story told by characters we already love. I’m delighted to be collaborating with Melbourne Theatre Company in bringing Don Parties On to Sydney and to be working with such an incredible creative team”.

In 1971, Don’s Party was the play with which the young Williamson first found his groundbreaking satirical voice, exposing Australia’s middle class as it had never been seen on stage before. The play was set on the night of the 1969 federal election at Don’s house, where he, his mates and their long-suffering wives drank and argued through a long evening in which the failed promise of their lives uncannily mirrored the thwarted Labor victory. Don Parties On is set on the 21 August 2010, the night of the latest federal election and, of course, yet another election night party at Don’s place. Over the decades, he and his friends have watched governments come and go, and closely followed the incoming results from each other’s lives: the tallies of luck and misfortune, the unexpected swings for and against. And through it all, the lesson that this crowd of superannuated Baby Boomers never seemed to learn is that politics and strong personalities should never be mixed with alcohol.

“The circumstances of this election alerted my dramatic instincts,” said David Williamson. “The toppling of Kevin, the rise of the Lycra Kid, and the Labor party’s backdown on just about everything important made me feel big issues were at stake, and that the result was going to be close. It was going to be a night of drama, both for the nation and for Don’s old friends.”

As funny, provocative and moving as the original, Don Parties On again holds a mirror up to Australian society. How far have we come in four decades? What have we made of our personal lives? And what lessons will be passed on to the next generation?

David Williamsonis one of Australia’s most loved playwrights. His expansive career crosses both theatre and screen. Some of his major works include: Don’s Party, Siren, The Department, Dead White Males, The Club, Travelling North, The Perfectionist, Emerald City, Money and Friends, Brilliant Lies and Let the Sunshine. Williamson has won four AFI awards and the Australian Writers’ Guild AWGIE award eleven times. He has received honorary Doctorates of Literature from the University of Sydney (1988), Monash University (1990), Swinburne University of Technology (1996) and the University of Queensland (2004).

Don threw his first election night party forty years ago. What’s happened to Don and his friends since then, and what’s happened to the country?  And which of these two disasters will make you laugh the most?

With its world premiere season in Melbourne, this landmark theatre event transfers directly to Sydney Theatre for a strictly limited season.

The Melbourne Theatre Company Production of Don Parties On is playing at the Arts Centre – Playhouse, Melbourne from January 8 to February 12.

David Williamson spoke to David Spicer for the January / February edition of Stage Whispers. To find out more and buy your copy - http://www.stagewhispers.com.au/news/stage-whispers-magazine-january-february-2011-out-now