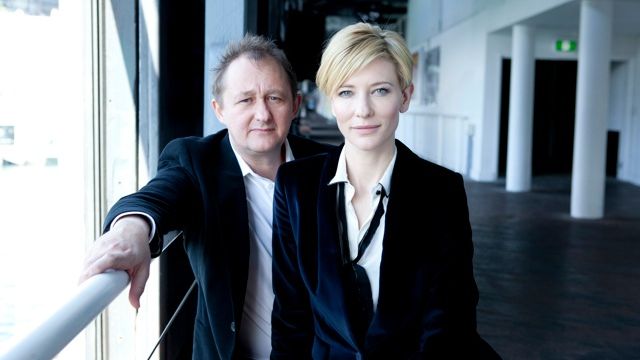 Andrew Upton and Cate Blanchett today (September 20) announced Sydney Theatre Company’s 2011 Main Stage Season, their third as Artistic Directors of the Company, comprising twelve productions at Sydney Theatre, the Drama Theatre at the Sydney Opera House and The Wharf. The 2011 season features a variety of works concerned with the outsider, the fragility and struggle of the individual and the sometimes isolated, dislocated lives of those in search of identity and community. In contrast to the 2010 program with its strong American flavour, there is a strongly European focus in 2011, kick-started by the last show of 2010, Uncle Vanya.

A major international co-production, featuring Cate Blanchett will tour to Europe in 2012, following its Sydney season.

Two new Australian works premiere. Ross Mueller, whose previous work was with company’s Next Stage in 2009), makes his Main Stage debut with ZEBRA! Stephen Page collaborates with Kathy Marika and Wayne Blair on Bloodland, a unique new work presented in association with Bangarra.

The season includes another visit by a major international company, this time Ireland’s Abbey Theatre.

Three of the Company’s Main Stage shows are at Sydney Theatre, Walsh Bay:

Sydney audiences will see the Michael Kantor directed production of the Bertolt Brecht and Kurt Weill’s The Threepenny Opera which played at Melbourne’s Malthouse earlier this year. Heading the cast are Paul Capsis and Eddie Perfect, in a production updated to a contemporary Australian context.

At the Drama Theatre, Sydney Opera House, there are four productions:

STC again hosts a major international company, Ireland’s Abbey Theatre brings its hit Terminus by Mark O’Rowe. From bustling streets to the skies above Dublin, then deep into the bowels of the earth, three actors take the audience on an incredible journey through a night of strange and fantastical occurrences. Vast, elaborate and enthralling narratives are presented with stark simplicity in this thrilling and breathtaking international hit production.

Richard Cottrell directs Joe Orton’s deliciously amoral classic Loot, not seen in Sydney since 1988. Wild and anarchic, Loot is an hilarious farce embodying the subversive spirit of swinging 1960’s London from which it originated but remaining a potent criticism of police corruption, the façade of propriety and good old-fashioned scurrilousness.

Harold Pinter’s No Man’s Land, written for British theatrical stalwarts Ralph Richardson and John Gielgud in 1974, will feature John Gaden and Peter Carroll, in the haunting, enigmatic and darkly comic tale about two men from entirely different backgrounds who somehow find a connection and fascination with one another. Michael Gow directs this co-production with Queensland Theatre Company.

At The Wharf, Sydney Theatre Company’s homebase, there are five Main Stage shows:

Bryan Brown and Colin Friels are directed by Lee Lewis in a new Australian play ZEBRA! by Ross Mueller, commissioned by Sydney Theatre Company following the success of his 2009 Next Stage play Concussion. At his daughter’s request, 57- year-old businessman Larry (Friels) has agreed to a blind date with her fiancée. He’s expecting a ‘kid’ to show up. What he is not expecting is Jimmy, a 55-year-old Australian jock played by Bryan Brown, who is engaged to his precious little girl.

Over the course of an evening Victorian impresario Edward Gant and his troupe of performers create ‘a freak show of deformed minds’, in Edward Gant’s Amazing Feats of Loneliness. From the pen of British playwright Anthony Neilson (The Wonderful World of Dissocia), this is an exhilarating but deeply searching play; at once a passionate exploration of the pain of being alone and a fanciful celebration of the magical, imaginative act of theatre. This co-production with La Boite will also be seen in Brisbane.

Iain Sinclair directs Leah Purcell and Lynette Curran in his new adaptation of Lorca’s Blood Wedding, which features designs by Rufus Didwiszus, renowned for his work with Les Ballets C de la B, Thomas Ostermeier and the Schaubühne, working with an Australian company for the first time.

Created especially for Sydney Theatre Company by director and choreographer Stephen Page with Wayne Blair and Kathy Marika in collaboration with Top End communities, Bloodland promises to be a truly unique work of scale, ambition and cultural significance. Moving between the Yolgnu language and Pidgin English the production features a cast of both Yolgnu people and well-known performers.