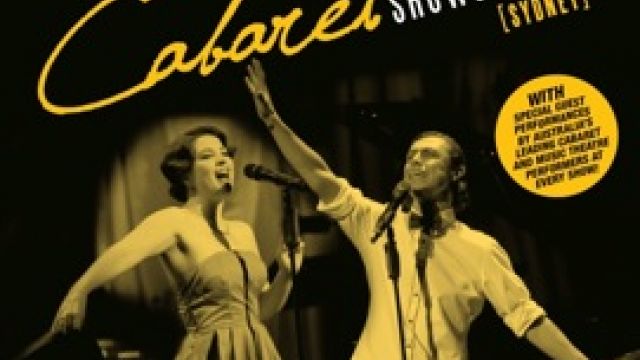 WAAPA graduate Gillian Cosgroff was theThe Showcase Award winner, and becomes the standby performer, in the event that Toby Francis is unable to fulfill his obligations to the Festival sponsors.

The final followed a series of heats at The El Rocco Room (formerly Bar Me), from December 14 to 19.

Prizes at this year's Annual event included the opportunity for the winner to perform their show at the 2011 Adelaide Cabaret Festival, The Noosa Long Weekend Festival and for the first time, The Brisbane Cabaret and Melbourne Cabaret Festivals, with all accommodation and flights included. Winners also receive a photographic and design packages courtesy of Blueprint Studios, platinum listings with online casting directory AT2 and tickets to master classes being taught by acclaimed Broadway composers Jason Robert Brown, John Bucchino and Georgia Stitt. .The showcase has built a reputation for the high standard of its performers and as a springboard onto Australia’s professional theatrical stages. All past winners are now well established in the professional world of theatre and cabaret.

This year the stakes were raised again with two new sponsors signing on as major partners. Both The Melbourne Cabaret Festival and the Brisbane Cabaret Festival will provide further opportunities for the showcase winner to perform their show, making The Cabaret Showcase the biggest cabaret prize of its kind in Australia.

Producer, Jeremy Youett said “There's  been a significant increase in the number of entrants and interest in the 2010 showcase thanks to a burgeoning show that Sydney has a genuine demand for professional Cabaret in Sydney, in addition to an incredible prize package for this years winner who will be presented with an invaluable opportunity to kick-start their career!”

The finalists performed two songs each at The Basement on December 20th, sharing the spotlight throughout the series, with performances by artists including Shaun Rennie, Lena Cruz, Andy Conaghan, Marika Aubrey, Hayden Tee, Nick Christo, Sheridan Harbridge and Tom Sharah.