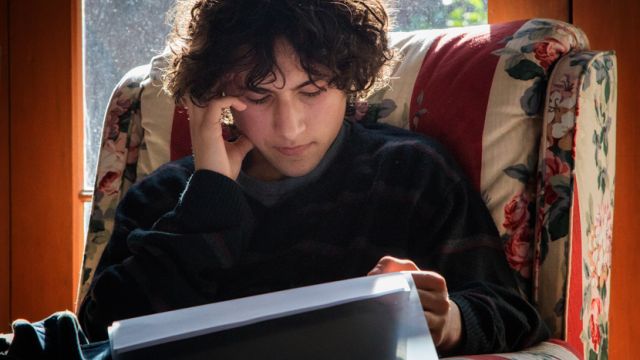 New Adelaide theatre company Red Phoenix Theatre has had highly unusual beginnings; the company was born out of tragedy and horror, or to be more precise, a bloodthirsty Shakespearean tale. Lesley Reed reports.

A play that not only stirs you to create a new theatre company to produce it, but also influences that company’s future direction must surely be an epic piece indeed. Such was the genesis of Red Phoenix Theatre, which is about to stun the Adelaide theatre scene with William Shakespeare’s first tragedy and perhaps his only horror story, the graphically brutal and bloody Titus Andronicus.

Said Red Phoenix Theatre’s Artistic Director, Michael Eustice, “Bronwyn Ruciak originally approached me to direct Titus Andronicus for her company, Butterfly Theatre. I was already thinking about starting a new company so I suggested we leverage our combined expertise by doing it as a joint production with my new company. So it was Bronwyn’s germinal idea that led to Titus Andronicus being our first production.”

However, when Eustice realised the production would be the first time Titus Andronicus had been performed in South Australia he wondered how many other fine plays had not been seen in the state. An idea was beginning to form.

With the assistance of others, including Helen Trepa and Jo Peoples at the Performing Arts Collection of South Australia, Eustice began to build a list of works by playwrights such as Aristophanes, Euripides, Shakespeare, Ibsen, Strindberg, Havel, Albee, Mamet and many more, focusing on works that have never received a public performance in Adelaide. 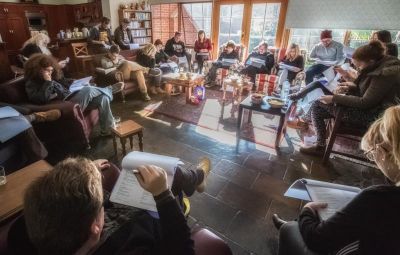 “As the investigation continued it became clear there could be a place for a new theatre company that was solely dedicated to staging Adelaide premieres and that created annual seasons with a clear theme and an over-arching journey for audiences and artists,” Eustice said.

And so the unexpected discovery that Red Phoenix Theatre’s Titus Andronicus would be a South Australian premiere in turn led to the company’s vision to become a company that only produces Adelaide premieres. Red Phoenix now has a clever tag line, ‘Adelaide’s premiere Theatre Company’.

Red Phoenix Theatre needed not only a venue to stage its plays, but the company also hoped for a residency at that venue. 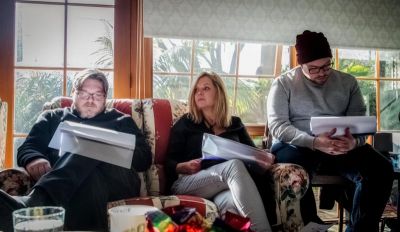 “We have developed a vision,” said Michael Eustice at that event, “to thematically explore, over the next four years, the old adage about the things we are told we should never discuss in polite company; politics, religion, money and sex. 2017 will be the first year of our vision's journey and we will stage three plays all linked by the theme of Politics.” He announced a strong lineup of politically themed South Australian Premieres for the coming year. In addition to the August 2016 production of Titus Andronicus, they include:

Two Brothers by Hannie Rayson, May 2017

The Conspirators by Vaclav Havel, November 2017 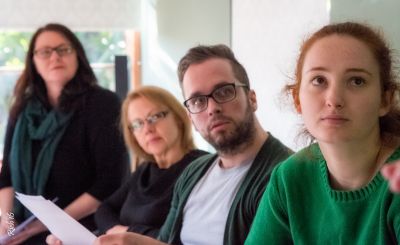 “The play was his first tragedy and was so popular in his own lifetime that it became a smash hit,” he said. “It presents a rare opportunity to taste a brilliant example of Elizabethan ‘popular culture’ which prompts you to question how much our entertainment appetite has really shifted in the last four hundred years.”

Today’s thirst for explicit entertainment might struggle to find anything more startlingly dramatic thanTitus Andronicus. Titus returns to Rome after a victorious campaign against the barbarous Goths. He brings with him prisoners as gifts for Rome, including Tamora (the beautiful Queen of the Goths) and her sons. Titus sacrifices Tamora’s eldest son to the ghosts of the dead and unwittingly unleashes a vicious cycle of revenge.The new Roman Emperor, Saturninus, marries Tamora, giving her the opportunity to wreak horrific and brutal revenge upon Titus and his family. His daughter is raped, his sons are murdered and he slowly begins to lose his mind. But Titus develops a murderous plan of his own. No one is safe.

Michael Eustice said, “Without doubt, it is Shakespeare’s bloodiest play and is a gripping thriller. In 2016, the four hundredth anniversary year of Shakespeare’s death, we are absolutely thrilled to present the South Australian premiere of this brilliant tale of lust, murder and revenge.”

No doubt audiences will flock to experience Titus Andronicus, the first SA Premiere in the Red Phoenix Theatre program. The graphic play should launch this rising phoenix of South Australian theatre companies on the road to a prominent position on the Adelaide scene.