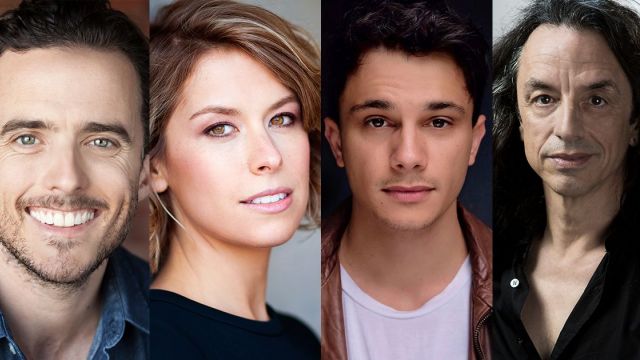 Victorian Opera is has announced the cast for its production of five-time Tony Award musical, The Who’s Tommy. Based on The Who’s legendary 1969 concept album Tommy, which sold over 20 million copies, the rock musical is set to supercharge Melbourne’s Palais Theatre from 14 – 22 August.

In a role approved by The Who’s Pete Townshend himself, Victorian Opera welcomes back Mat Verevis (A Little Night Music, Beautiful: The Carole King Musical, Nine Network’s The Voice) as Narrator / Tommy. He’s joined by stage stars Chris Ryan (A Gentleman’s Guide to Love and Murder) as Captain Walker and Amy Lehpamer (School of Rock, The Sound of Music) as Mrs. Walker. With music and lyrics by The Who’s guitarist and vocalist Pete Townshend, the score features hits such as ‘Pinball Wizard’, ‘I’m Free’ and ‘Acid Queen’.

Tommy’s traumatic childhood leaves his senses paralysed, but despite being deaf, dumb and blind, the teenager plays a mean pinball game. His extraordinary talent catapults him to international superstardom in this inspiring story of hope, healing, and triumph over adversity.

The Who’s Tommy will return to Broadway in 2021 with a new production directed by Des McAnuff, co-writer of the musical’s book and director of the original five-time Tony Award winning production, which premiered on Broadway in 1993.

Victorian Opera will announce the cast members for Young Tommy at a later date.

Tickets are available via victorianopera.com.au or 136 100 with prices starting at $39.

Running time is approximately 2 hours and 30 minutes, plus one interval
Suitable for ages 15+