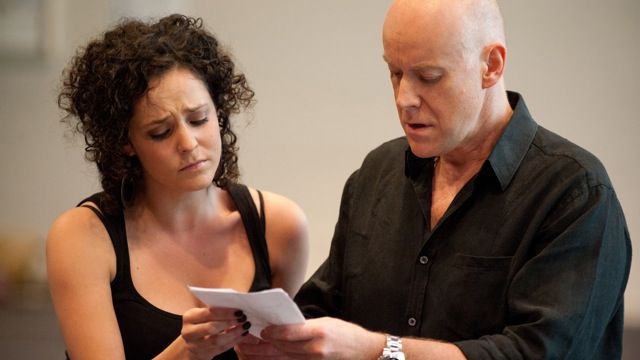 No one will dare say ‘break a leg’ to Anthony Warlow.

The show’s publicist has filled us in on the details, and assured Stage Whispers that all is still on course for next Saturday’s Gala Opening.

“About two hours before curtain up last night Anthony tore a calf muscle on stage rehearsing. He was in pain and couldn't go on. Extremely upset, Anthony fronted the audience last night on crutches to say he was sorry he couldn't perform, but the cast including his understudy would present the first 30 minutes of the show, and the audience could either come back for another performance or get their money back. He's not in plaster, and it's a very physical show. Previews continue this weekend without him, and Anthony should be back on Tuesday night.

“He's bitterly disappointed and chafing at the bit to perform. The dress rehearsal with the charity audience on Thursday night went off brilliantly and the cast received a standing ovation.”

Image: Lucy Maunder and Anthony Warlow in rehearsal for Dr Zhivago The Musical.