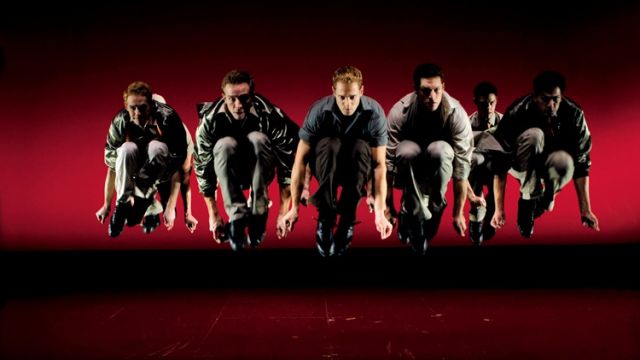 Heading the cast are Josh Piterman as Tony, Julie Goodwin as Maria, Nigel Turner-Caroll as Bernardo, Rohan Brown as Riff, and Alinta Chidzey as Anita.

Fresh from 200 performances as Christine in the Australia tour of Phantom of the Opera, Julie Goodwin was on a trip to New York when the show auditioned, and she subsequently auditioned by video.
“I asked if they were holding any more auditions – if they still needed a Maria - and they set up a video audition,” Julie told Stage Whispers.
“Vanessa, who is going to conduct the show, and a couple of other people were in the room, but pretty much it was just a little camera sitting there pointed at me.”
What do you think you will bring to the role of Maria?
“Maria is quite innocent. She’s lived a very sheltered life. She’s a little bit naïve and she’s supposed to be quite young. With the vibrant dancing of the Spanish contingent of the show, I think that innocence will really shine. It’s Romeo and Juliet, after all.”

Green Room Award winner Alinta Chidzey comes to the role of Anita following an international tour of Dirty Dancing.
How does Alinta connect personally to the role of Anita?
“She goes on a big journey, from a light comedy role, to a very dramatic turnaround two thirds of the way through the piece,” she said.
Is there something of yourself that you’ll bring to Anita?
“I think the fire of it. My name, Alinta, means heart of fire, and I think that’s very relevant in my being, so I definitely think I have that spark to give to this role and the show itself.”

Josh Piterman comes to the role of Tony from The Ten Tenors via The Drowsy Chaperone.
What attracts Josh about the role of Tony?
“It’s Romeo – just the role that every young musical theatre tenor wants to play.”
What was the most important thing you learnt working with Geoffrey Rush in The Drowsy Chaperone?
“Never put down the text! You are always finding something new, even at the final performance.”
Josh demonstrated this at the media launch. He found a new nuance, a new interpretation of a moment in a song, just moments before he fronted the press call. He illustrated the point in a private performance, while speaking to Stage Whispers.

Joey McKneeley promises a West Side Story which strips away the elements of a museum piece, and takes it back to the street. The lumbering original set has been replaced, and the period feel of the costumes eliminated, but the choreography is unchanged.
“The Jerome Robbins choreography is the DNA of the piece,” McKneeley said.