Wicked Cast Go Into The Woods 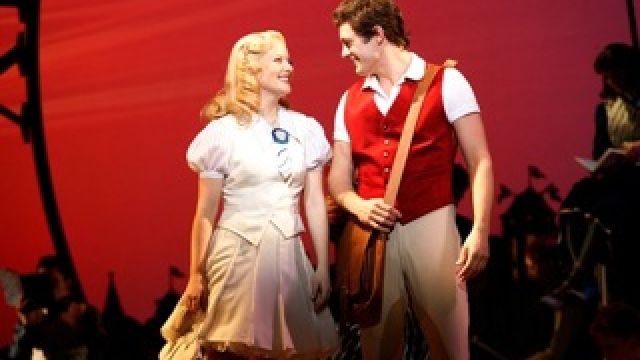 The Wicked cast's one night only concert performance of Stephen Sondheim's Into The Woods, on May 17, 2010 at Sydney's Capitol Theatre, raised over $90,000, and still counting, for the ANZ Trustees Foundation: Rob Guest Endowment. The funds were raised through ticket sales, an auction and donations.

This one night charity event served to launch the ANZ Trustees Foundation: Rob Guest Endowment for 2010, with all proceeds from the night donated to the Endowment. Established after the sudden death of Rob Guest, OBE, in October 2008, and in recognition of his achievements in the musical theatre industry, the endowment was established to help emerging artists within the musical theatre industry.

Supported by ANZ, and the musical theatre industry, the Endowment grew rapidly in its inaugural year and hopes to continue to do so in the future.

Wicked Australia Co-Producer John Frost is thrilled the ANZ Trustees Foundation: Rob Guest Endowment has been embraced by the entertainment industry. “This is a wonderful legacy, honouring one of Australia’s most successful and loved musical theatre stars. Rob always made time to assist and mentor young performers, and the growth of this Endowment is a testament to the respect we all held for Rob.”

The great success of the event was made possible due to the generous support of WICKED Australia, The Capitol Theatre, the Rob Guest endowment committee and everybody who attended.

For more details about the Rob Guest Endowment award and activities in 2010, see www.robguestendowment.com.au.

Wicked officially celebrates its one millionth Australian audience member at the performance on Wednesday May 26. Former Australian Idol finalist Rob Mills departs the cast of Wicked on June 6, after two years playing playboy prince Fiyero, with Tim Campbell stepping into the role the following week.