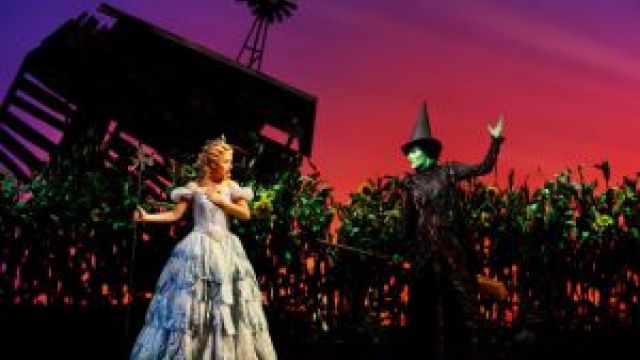 The multi-award winning smash hit musical WICKED marks yet another milestone on Saturday May 7 when it celebrated its 1000th performance in Australia. Recently opened at the Festival Centre in Adelaide, WICKED has had phenomenally successful seasons in Melbourne, Sydney and Brisbane, and moves to Perth’s Burswood Theatre in June.

“It is almost three years to the day since it began rehearsals, and from the very first performance we knew WICKED was something special,” said John Frost, Australian Co-Producer of WICKED. “I am thrilled that this wonderful show has reached the rare milestone of 1000 shows, and has been enjoyed by 1.4 million people in Australia. Right from the start this show has been an overwhelming hit. Audiences have been captivated by the soaring ballads, the spectacular sets, costumes and lighting, and been draw into the emotional richness of this beautiful story.”

Eleven of the original cast members are still performing in WICKED, including Lucy Durack (as Glinda), Jemma Rix (initially standby and now playing the role of Elphaba) and Maggie Kirkpatrick (Madam Morrible). There are also 11 original crew members who have been with the show since the beginning. Lucy Durack can’t quite believe she has been with WICKED for 1000 shows, “I feel very proud to be an original cast member. I also feel an enormous sense of gratitude to be a part of WICKED and humbled to belong to something that Australia has taken to its heart and supported with such fervour. Audiences have really embraced musical theatre in the past few years and I feel lucky to have experienced that first hand.”

WICKED has broken numerous records since it first opened at Melbourne’s Regent Theatre in June, 2008. It concluded its record-breaking Melbourne run in August 2009, then opened at Sydney’s Capitol Theatre on 5 September, 2009. The Sydney season finished on 26 September 2010, another record-breaking run of over one year.

WICKED has grossed over $125 million in ticket sales in Australia. It broke the Melbourne box office record taking a phenomenal $1.5 million in ticket sales in just one day after it opened in Melbourne on 12 July 2008. It secured an economic impact of 126 million for the Victorian economy during its 13 month season in Melbourne, making it arguably the most successful musical ever staged in Melbourne. In October 2009 WICKED smashed the box office record at Sydney’s Capitol Theatre grossing $1,473,775.70 in one week. And the Brisbane season closed on 2 April 2011 having been seen by more than 155,000 people in just 10 weeks.

Internationally, WICKED is unique, a phenomenon, the winner of 35 major awards including the Grammy® Award, three Tony® Awards and six Helpmann® Awards. Currently in its 8th year on Broadway, WICKED’s North American and international companies have cumulatively grossed over $2.2 billion and have been seen by nearly 28 million people worldwide. Over 5.5 million people have seen WICKED on Broadway since it began performances October 2003.