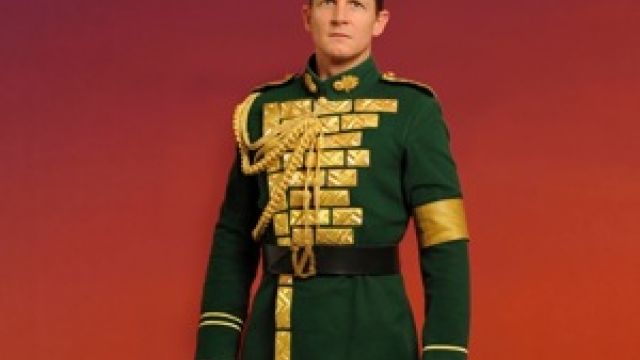 David Harris will be joining the hit musical WICKED in the role of Fiyero for the 2011 national tour, WICKED Australia Co-Producer John Frost announced today.

Since being awarded a MO Award for Best New Talent in 1997, David Harris has become one of Australia’s leading men of musical theatre. He has starred in many of Australia’s top musical productions such as Miss Saigon (Helpmann Award and Sydney Theatre Award nomination), The Full Monty, Mamma Mia!, The Boy From Oz, Fiddler On The Roof and Damn Yankees to name just a few.

At this year’s Adelaide Cabaret Festival, Harris premiered his solo show, ‘Til The Night Is Gone to sell-out audiences, and performed with Stephen Schwartz as part of Stephen Schwartz & Friends. Concert engagements include performances with UK musical theatre star Michael Ball on his Australian tour and a series of concerts with Australian leading lady, Marina Prior. He was also invited to sing at the opening celebration of Hong Kong Disneyland.

“David will make a wonderful Fiyero,” said John Frost. “He has proven himself to be the foremost leading man of his generation in musical theatre, with an impressive list of roles. He commands the stage with his warmth, charisma and charm, and acts with truthfulness and intensity. His powerful voice can convey great emotion, and he dances magnificently. David is a true ‘triple threat’. I can’t wait to see him on stage with Lucy Durack (as Glinda the Good) and Jemma Rix (as Elphaba, the Wicked Witch of the West).”

Harris is very excited to join the cast of WICKED. “Ever since I saw WICKED, I’ve wanted to be a part of this astonishing show. It’s one of those rare shows that has wide appeal, but also has something important to say. Fiyero goes on a fascinating journey throughout the show, and I feel very honoured to be cast in the role. I can’t wait to join the amazingly talented cast in the rehearsal room.”