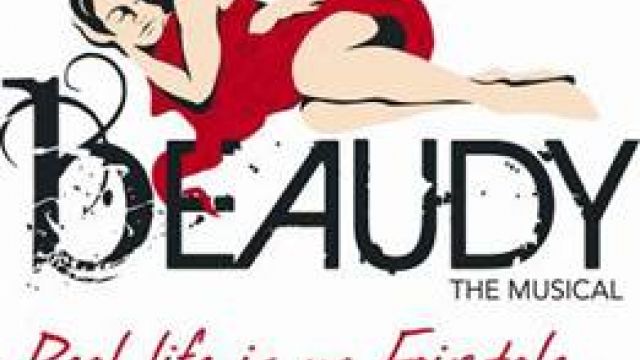 Australianised and updated, Beaudy is a spruced up old-fashioned tale filled with original music, laughs and familiar icons. It has its World Premiere season at the Parade Theatres, Kensington, NSW, from July 7.

“Open” auditions (NSW residents only) in the quest for Beaudy’s leading lady begin on Youtube.

All potential auditionees can email beaudy_auditions@live.com for more information about the show, the role and how to audition

Potential Beaudy’s may post an audition video of themselves singing any contemporary musical theatre song www.youtube.com. Successful auditionees will be offered an invitation to attend a special audition session at NIDA in May.

Beaudy features a cast of sixteen including Stephen Fisher-King, Lizzie Taylor, and The Four Kinsmen’s Scott Radburn and is accompanied by a full live orchestra performing twenty songs.

The musical transports the audience from European forest in the 17th century to a contemporary small Australian country town where there is a christening for Laura, whose mother died in childbirth and whose father the town relies on for its future. A woman from the past, now a wealthy black widow, crashes the party and prophesies Laura’s untimely death before her 19th birthday.

To best protect Laura, the man surrenders the care of his daughter to his best friends living in Sydney. As Laura approaches her nineteenth birthday, she escapes from her overprotective family leading to the apparent fulfillment of the prophecy. Her father, losing heart at his daughter’s tragedy, lets his business unravel. Consequently, the entire town descends into despair. However, one young man has not surrendered hope…

Playwright and composer of Michael Orland has an underground Australian music legacy following his musical success on the local Sydney band scene in the late seventies and early eighties. Orland collaborated with a number of bands as a sound engineer and was a part of Harold Holt and the Sharks and Cocktails at 7. After years of playing, teaching and working as a sound engineer for both bands and venues, Orland has crystallized his excellent knowledge of music and passion for musical theatre with Beaudy.

The Four Kinsmen’s talented Scott Radburn was on the Cats South Korean Tour and was in the 1984 production of Joseph and the Amazing Technicolour Dreamcoat.