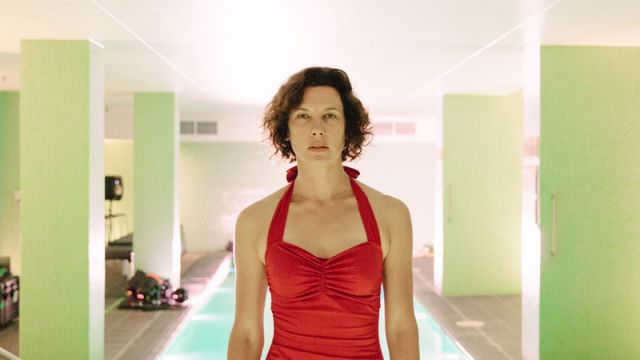 In 2016 writer Emily Steel was faced with a heart-breaking decision. In her second trimester of pregnancy she found out she carried the marker for Down Syndrome. After more probing tests, she was given conclusive positive results, meaning she would have to make the unenviable decision as to whether or not to terminate her pregnancy. Her play, 19 Weeks, reflects the painfulness of that time.

As patrons arrived at the venue, we were asked to take our shoes off. We were led into a long room containing a swimming pool. Some of us sat on the cushions provided and dangled our feet in the cool water, while others sat on benches.

Sitting on the other side of the pool was Emily (Tiffany Lyndall Knight). She was clearly suffering morning sickness and anguish but still managed to greet onlookers with a strained smile. Without her saying a word, you could feel her sadness.

For the next 75 minutes we witnessed heartbreak. The expectations of society and the ones we place on ourselves became overwhelming. Faced with the challenging circumstances of bringing a child into the world with special needs, what would we do?

Given the intimate setting, Knight did well not to overplay her role as Emily. Her performance was raw and emotive. At one point Emily was curled up, floating on a buoy across the water. As it came close to me, I had an urge to reach out and comfort her and it was at that point I realised how invested I was in the story. The tears flowed down my cheeks as freely as they did Emily’s. Being close enough to see the anguish on her face made this piece of theatre tragic and powerful.

The combination of sincere storytelling, thoughtful direction and the pool setting made this a hypnotic experience. A story so absolute, but full of hope, self-discovery and forgiveness.

Composer Josh Belperio adds a soundtrack that is tranquil and gently echoes the mood.

As I watched Emily float and disappear beneath the water it was as though she mimicked the movement of her un-born child.

As I sat paralysed by emotion, I felt privileged to bear witness to such a personal story.