25 Down by Richard Jordan 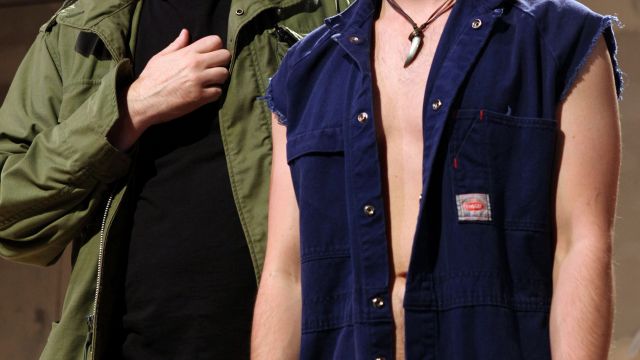 This 2008 Queensland Premiere’s Drama Award winner was presented as part of the Q150 celebrations. A strictly generation Y play, it has broader applications than its gay focus.
It glided unobtrusively onto the stage and at the end, slid away equally quietly.
The mood was one of aimlessness and compliance, of an intelligent generation so indoctrinated for changing careers and diminishing opportunities that they waft through life adapting to anything life throws at them.
The most disturbing aspect (from my point of view) is their apparent lack of understanding about building relationships, morality, and community. While genYs are better informed about sex, its diversity and dangers, they are represented as accepting, passionless and not very successful in that important part of their lives.
Richard Jordan examines relationships between three twenty-somethings and older people, in none of which the younger character appears confident or purposeful.
Bruce McKinven made a pertinent point in designing an unpainted acting space, expansive and sparsely furnished, a perceptive metaphor for the lives depicted in this piece.
The four young actors Liam Nunan (James), Julian Curtis (Simon), Kathryn Marquet (Emma) and Daniel Mulvihill (Nurse/Model) gave impressive performances, balanced nicely against Hugh Parker (the generation X soft-porn peddler/photographer), and baby boomers Brad Ashwood (Bob) and Steven Tandy (Gary/Estelle). As always Jon Halpin guided the action with keen insight.
Jay McKee