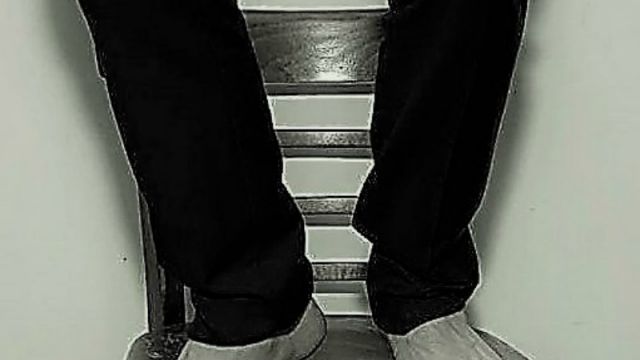 Eight people are lost to suicide each day in Australia and globally it happens every 40 seconds.

Shocking as that statistic is, the devastation wreaked by suicide doesn’t stop with the tragic finality of the actual act. Across the world, from the second after the tragedy occurs, families and friends must deal with lifetimes of facing the reality of their loss.

Hence the title of Mary Galouzis’s powerful and impactful play 41 Seconds. Mary’s sixteen-year-old brother suicided in 1990, just four days after her wedding. Believing we must talk out loud about such tragedies, in 2016 she set up a support group, Talk Out Loud Australia.

It was also the year her play 41 Seconds was registered for its first Fringe Festival and now, following some re-working, she has presented it again at Adelaide Fringe 2018. She also directs it.

This is a compelling one hour production, in which the audience has an intimate perspective on the reactions of a group of family members and friends who are coming to terms with the sudden death of twenty-two-year-old Nick.

The collection of conversations, monologues and original music provide unique insight into how people react to a suicide; how people change, the self-blaming, the recriminations, the often false insights as to the reasons behind the death and most of all, the regrets borne of hindsight…those two sad words-‘if only’.

The cast is a fine ensemble of a fusion of trained actors and Talk Out Loud volunteers, many of whom, like Mary, have had their own life-changing experiences of the suicide of a loved one.

While it is difficult to single out performances from such an excellent ensemble there were three performances that had a particular impact on me. Antony Von Der Borch is devastatingly real as Nick, particularly in Nick’s after death persona. Von Der Borch’s monologue in which he reveals the true reason for his suicide is chilling. As Nick’s Mother, who is battling cancer as well, Denise Alexander’s performance is superb and particularly poignant due to this actor’s own very personal family loss to suicide. Stefanie Rossi is wonderful as Nick’s sister Hannah, showing the extreme range of emotions bride Hannah experiences on a happy wedding day that is destroyed by the sudden news of her brother’s death.

At the play’s finale each actor enters with a pair of shoes and places them on the surface of the stage. These shoes in repose are very different; workboots, pretty shoes, sneakers- but we can see the shape of the feet that wore them. They were formerly owned and worn, not by the actors, but by someone who has suicided. This scene, along with slides of people lost to suicide who were each known and loved by at least one of those involved with the show, brings into harsh relief the realisation that suicide can impact anyone; any age and from any walk of life.

41 Seconds is an important play and deserves to be presented far and wide, not only in festivals, but particularly in secondary schools.

This profound and impactful production serves to underscore Mary Galouzis’s message to us all: talk out loud about suicide, because some silences are meant to be broken.