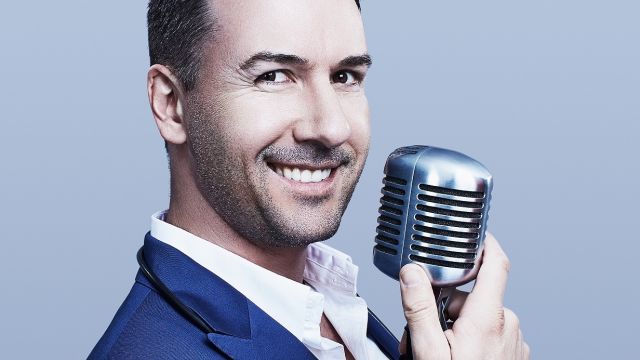 It’s Midummer and Midsumma in Melbourne and that means all kinds of marvellous entertainment. Australian performers do cabaret so well (they have to diversify to keep working) that it’s no surprise to discover that Michael Griffiths’ new show, Adolescent, is a little gem.

Griffiths is in the mode of Michael Feinstein….with an easy laid back charm, marvellous rapport with his audience, a lovely lilting voice and considerable talent at the piano as his own accompanist. 45Downstairs is quite an awkward venue, with loads of empty space either side of the piano broken up by two portable air conditioning units looking for all the world like hybrid offspring of the Daleks in Doctor Who, yet Griffiths managed to make us feel as though we were in an intimate swanky nightclub. This was helped by the flat floor space being transformed with tables and chairs, and drinks available from the bar (beware the prices though - $15 for a small bitter lemon and a gin and tonic); but overall it was the relaxed and welcoming charm of Griffiths himself that made us feel so at home for this one hour intimate experience.

Adolescent is basically a collection of Griffiths thoughts about turning 40 …and yet still not having grown up. He chats openly and frankly about his life, falling in love, Jukebox musicals, and peppers the anecdotes with songs that have been part of his life so far….songs from Priscilla Queen of the Desert, Jersey Boys, 80s  pop, some kitsch camp songs (‘I’ve Been To Paradise But I’ve Never Been To Me’) which he manages to make sound quite beautiful) and even some audience participation to Michael Jackson’s ‘Pretty Young Thing’. But he touches us deeply with emotional poignancy when he reveals his confusion and anger at finding out (aged 28) that he was the product of a sperm donor. Amidst the chuckles we can see the very real affect the revelation had on him, and why he agreed to do a documentary (airing mid year) on the subject. The music he composed to a poem by another sperm donor baby (now a man of similar age) was moving and beautiful and we felt we had been trusted with a very personal secret.

Don’t be fooled by the title – this is a fully developed grown up sophisticated performer of great style and charm who makes his considerable talent and performing skills seem natural – and that’s an art in itself. Cabaret at its best.