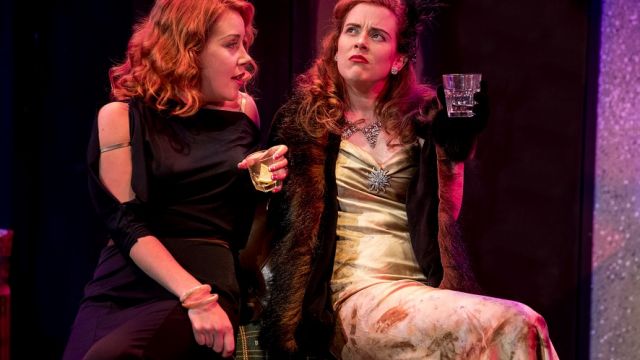 After the Dance is perhaps the least well known of Terence Rattigan’s plays. Set in the years between the Wars, the play censures the wealthy “bright young things” who flout the foreboding signs of unrest in Europe in favour of drinking and partying. The criticism is gentle, exposing the fears and flaws that hide beneath the brittle personas that the characters assume.

Directed by Giles Gartrell-Mills, on a set designed by John Cervenka, the play takes place in the living room of David and Joan Scott-Fowler, who have always maintained that they married for fun rather than love. However Helen Banner, a very self-righteous young woman, has fallen in love with David and is determined to make him change his ways, divorce Joan, marry her and settle down to a more serous life. Unfortunately Joan really does love David, and Helen’s plans have much more complicated consequences.

Gartrell-Mills keeps the action taut. The relationships in his production seem to mirror symbolically the political situation of the time. Beneath the shallow ‘party’ atmosphere there is an underlying tension manifested in the strained relationships that dependency and superficiality bring. There is an awareness of impending doom, suppressed in a fugue of alcohol and cheerful dissemblance. 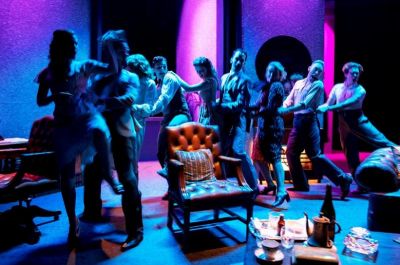 George Banders perpetuates this mood as David Scott-Fowler, wealthy by birth, generous to his friends, dependent on the alcohol that supports the way he has chosen to live. Banders shows this in tight control that falters at times and is quickly snapped back. Though seemingly in the moment, he is twitchy, edgy, quick to avoid seriousness – until caught up in the control exerted by Helen. His performance captures the restless purposelessness of the character – and the time.

Claudia Ware is clinically dispassionate as Helen. She finds the cold determination and controlling zeal of the character - ruthless, selfish, single-minded. Ware is all of these, creating a character that is not easy to like, in a performance that is easy to admire.

Playing the character of Joan, Amelia Robertson-Cunningham, depicts the inner turmoil and fragility that Joan hides by a façade of gay nonchalance. Robertson-Cunningham’s performance is perceptive, using agitated energy to show underlying anxiety and tension.

John Michael Burdon plays the lazy but perspicacious John, content to sponge off the generosity of the Scott-Fowlers, but astutely aware of the fragile nature of his benefactors and the ‘set’ in which they move. Burdon is convincingly slothful and languid, but just as convincingly watchful and discerning, especially in the later scenes. 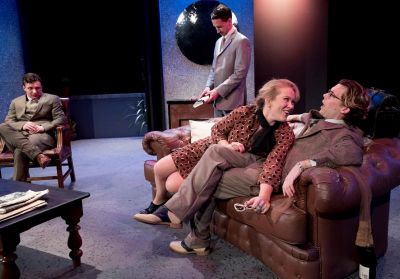 Rowan Davie plays the character of Peter, perhaps Rattigan’s symbol of the ‘real’, concerned society. Conscience-stricken by his dependence on the Scott-Fowlers, boyishly in love, then devastated by rejected love, Davie’s earnest naivety and seriousness contrast starkly with the other characters.

Gartrell-Mills uses Williams, the butler, to bring some comic relief to the production, and Peter Flett revels in the role. He moves nimbly around the stage, announcing guests, following orders, balancing trays, only his face betraying the distaste and disdain he really feels.

Gartrell-Mills’ direction finds the edgy uncertainty of those times as well as the shaky, unstable pace of the social set Rattigan chose to depict.