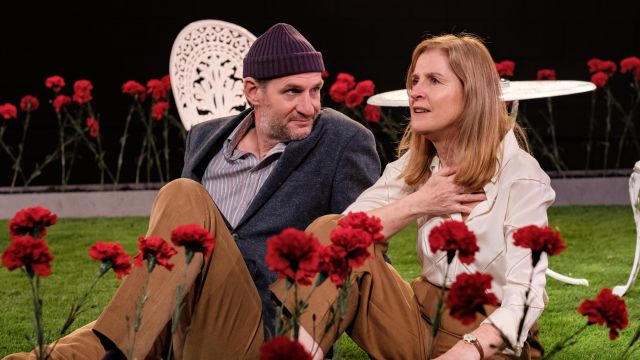 Mike Bartlett’s hit play revolves around a country house of characters whose stories are slowly revealed across four acts, against the undertow theme of a post-Brexit Britain.

London businesswomen Audrey, with her reluctant daughter, Zara (Rhiaan Marquez)  and happily ineffectual second husband (Charles Mayer), has big plans to restore the old house and its once magnificent gardens – especially when the ashes of her soldier son are buried there, along with past war dead. 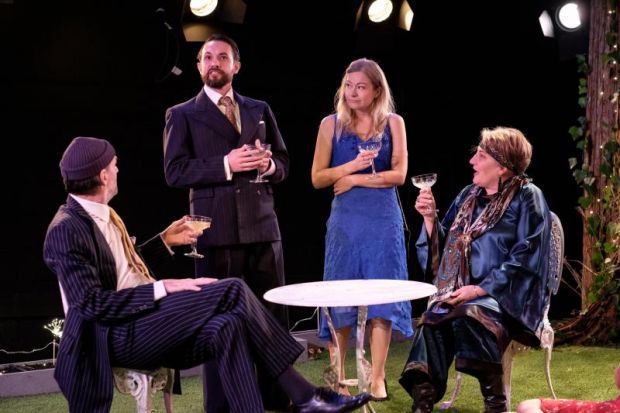 The battle between the tug of heritage and the future, between patriotism and contemporary issues of class, immigration and sexuality has begun.

Joanna Briant shines as the misguided, ever controlling Audrey, as do Rhiaan Marquez and Charles Mayer as her daughter and husband, and Deborah Jones as her sometime friend Katherine.  She’s a successful novelist who unwillingly falls for Zara, and her direct if enigmatic character is significant as a provocateur of the play’s ideas.

The garden of course is a metaphor of Britain today, just as The Cherry Orchard works similarly for Chekhov – indeed, climaxing at the end, it’s a tease to see how much the two plays meet.  Especially with the underclass left behind. 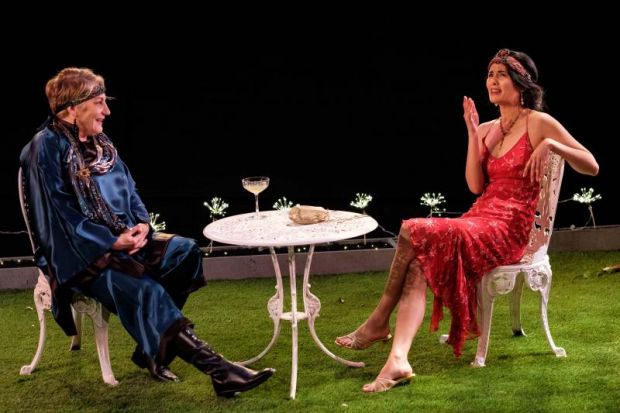 Mark Langham excels as Audrey’s gardener with his growing dementia, Claudette Clarke is his now disabled wife, increasingly replaced as cleaner by an efficient young Polish immigrant (Emma Wright).  James Smithers is the junior gardener wanting to be a writer, and as the neighbour, Alec Ebert brings village politics to the garden.

Just as this lengthy play threatens to turn to soap, Ash Matthew brings on a welcome abstraction as the ghost of the dead soldier, James.  And Jane Angharad is compelling as James’ grieving, disenfranchised young lover, so resented by Audrey. 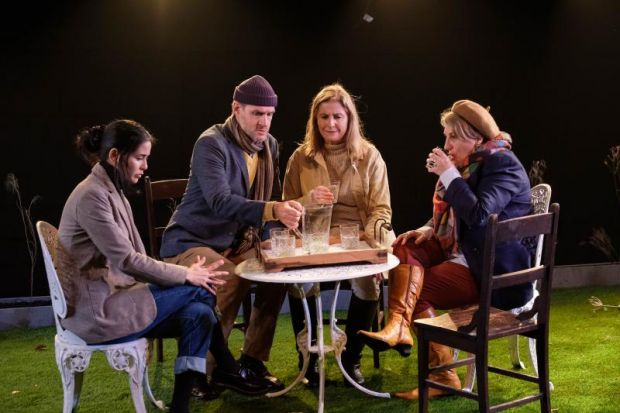 Monique Langford’s appealing, well-lit garden set shifts from ruin to blossoming to abandonment, as the actors take time to transform it for each act.  This and an overly ponderous pace from director Lucy Clements leave many spaces often unfilled by the cast, as strong as they all are.

But gardening after all is a patient business. And this one has heaps of wit and engagement.