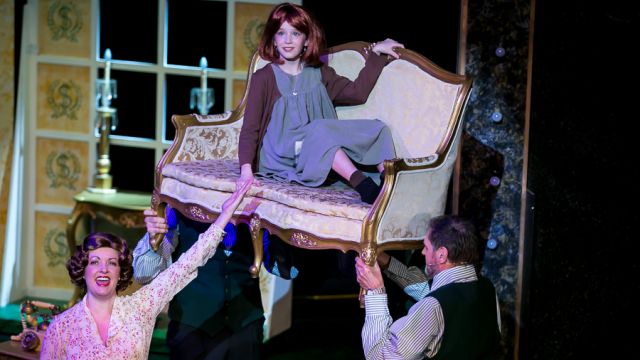 I’m betting that even if you’ve only seen a handful of musicals over the last four decades, one of them will have been the story of the eternally optimistic red-headed orphan, adopted by a billionaire, who single-handedly solves America’s Great Depression woes with a well-placed reprise of the showtune ‘Tomorrow’.

Annie is a joyous, old-fashioned family-friendly musical comedy, and director / designer Bob Peet has staged a bright, clean conventional production, with its brisk pace and scene changes facilitated by a well-conceived design for this challenging stage.

Seven kids, Annie and her fellow orphans, get the show off to a lively start (yes this production sticks to the numbers for which the show was written, ensuring that their nicely differentiated characters aren’t lost amidst a seething mass of raggamuffins). Sian Fuller is a perky Annie, who captures the cheery, exuberant optimism and occasional pathos of the role nicely. The other orphans create strong, clear characterisations, with consistently excellent interpretation and projection of their lines and songs. While all their work was delivered engagingly, their ‘You’re Never Fully Dressed Without a Smile’ reprise was a real highlight. 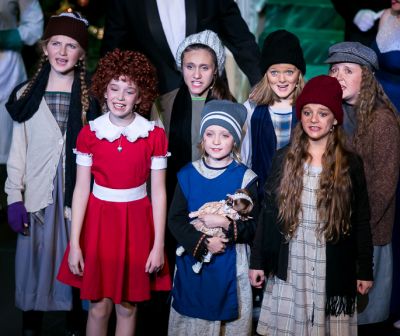 I’ll never cease to be amazed at the wealth of young talent which emerges with every new production of this show. I’m assured that the alternating kids cast is equally strong, led by a significantly different, younger Annie in Bella Thomas.

The show’s various supporting roles are generally very well handled, and their part of the narrative delivered effectively, while the ensemble work is confident, enthusiastic and well-drilled. 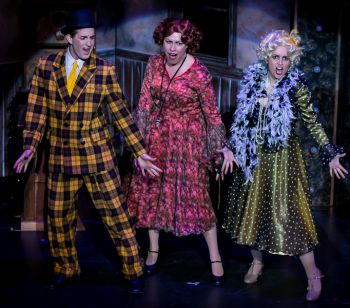 Costumes design, and the supply of wigs (dressed by Mavia Timmer), impress in the always-safe hands of James Worner.

I do have minor niggles. For some reason President Roosevelt’s cabinet at Miranda is portrayed as all male, when it actually contained one very influential woman, Labor Secretary, Frances Perkins (given the imbalance of the current Australian ministry, it’s not a good look). Meanwhile, when it comes to arresting the baddies, while Warbucks asks if the President’s Secret Service have the power to arrest, the job of nabbing the trio of crooks falls to a single uniformed police officer.

Putting aside those small points, which most audience members will miss, Miranda’s Annie is definitely a cheerful, crowd-pleasing production of this well-loved musical. 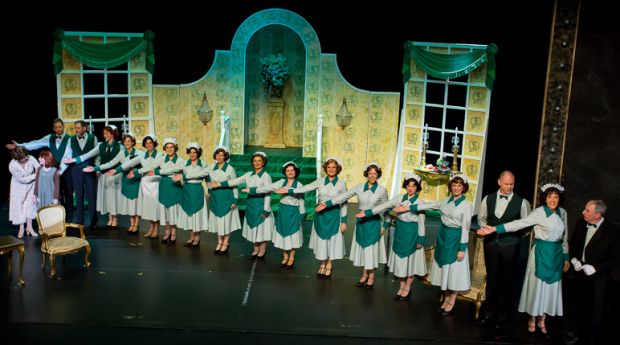