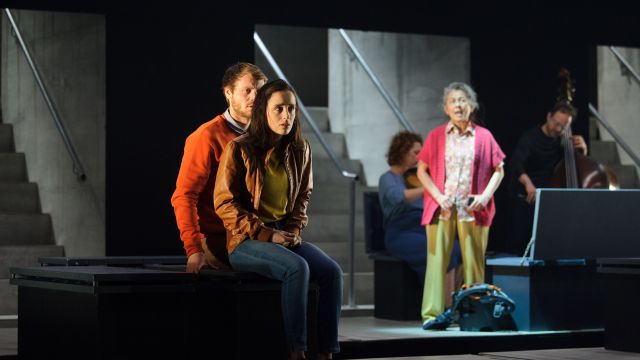 Anthem is a finely tuned and beautifully calibrated theatre work that captures the anxieties that plague Australian society, partly driven by a disconcerting global context and its own struggles with multiculturalism. In many ways the play also shows how the population is still grappling with the remnants of the culture and history wars. The residual effects of the gradual rise of right wing and populist movements since the 1990s, which later produced inglorious events such as the Cronulla riots, are palpable in this play.

The precision with which these powerful and controversial themes are dealt with is testament to the enormous writing talent of the four Australian writers, who are accompanied by composer Irine Vela. Although this is not the first time the writers have collaborated on a singular theatre work, it is nonetheless a formidable achievement. They first collaborated on an anniversary piece for Melbourne Workers Theatre in 1998 and produced Who’s Afraid of the Working Class? Anthem, much like the earlier work, amplifies and echoes the complex turmoil of rapidly changing social and political circumstances. 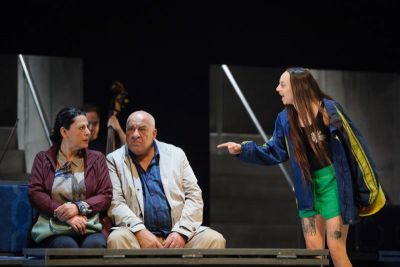 Tsiolkas provides the characters who frame the story in Brothers and Sisters, which tells of the homecoming of a young man who wishes to help is younger siblings escape their tough upbringing. In Uncensored Bovell creates a chorus of commuters and exposes the public transport system as fertile ground for class, racial and sexist clashes. Cornelius’s characters in Terror bring gender issues to the forefront, while Reeves portrays a widespread social exasperation with capitalist greed through her Bonnie and Clyde-like couple in 7-Eleven and Chemist Warehouse, a love story. Vela’s score, Resistance, matches the emotional intensity of the story and the poignancy of the characters with depth and clarity. The composition is exquisitely performed by musicians, Jenny M. Thomas and Dan Witton, who are subtly and seamlessly inserted into the drama. The result is an incredibly elegant orchestration of music, manners and vastly different mentalities.

All the performers demonstrate unflinching and astonishing stage finesse, each giving their various personas immense realism while retaining the irony and satire woven into the dialogue. The cast features icons of Australian acting talent such as Maria Mercedes and Tony Nikolakopoulos, as well as emerging performers such as Carly Sheppard. The singing of Ruci Kaisila adds a haunting quality to the show, especially through her renditions of the unofficial Australian anthem, “Waltzing Matilda”. Her presence on stage is often eerie and frequently serves to highlight the confronting nature of the events that are depicted. The highly stylised staging of the play cleverly reproduces the often-dismal subterranean existence of commuting. The grey tinge that dominates the set is sometimes bathed in striking colours which is part of its ingenious versatility. This allows the characters to visually dominate the stage and produces some remarkable imagery. The frequent and hyperreal references to typically Melbournian geography and situations make the play highly relatable and its incisive nature even more forceful. The overall picture of Australian society in Anthem is not a pretty one, yet it is uncompromising and compelling and one that all Australians should seriously contemplate.