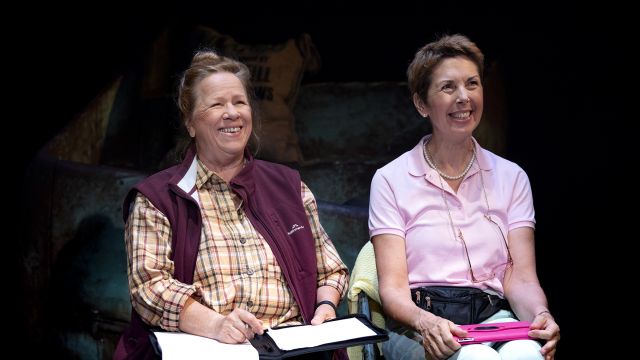 This is the time of the year when the Ensemble Theatre, anticipating an audience downturn during seasonal changes, stages two small-cast plays on the one setting. The first of these – brightly named The Appleton Ladies’ Potato Race by Melanie Tait — has now opened and I bet that management is already cursing the shortness of the run. For this 90-minute, 5-female play is a real winner, witness its loud and prolonged welcome.

Trailing echoes of The Guernsey Literary and Potato Peel Pie Society (the 2009 book and the later 2018 Movie), the play stakes its own potato-based adventure. It’s set in the small (fictional) country town of Appleton in the Southern Highlands of NSW, where the annual show includes the humping of large sacks of potatoes round a racetrack. The winner of the men’s race gets $1000, while the winner of the women’s wins a paltry $200. New doctor and returning resident Penny Anderson (Sharon Millerchip) sees this as completely unfair and she sets out to right the wrong. 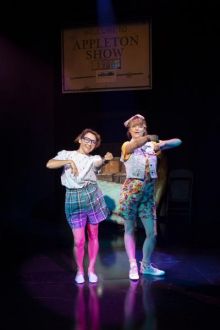 How writer Melanie Tait manages to invoke a whole town on a no-set, all-woman stage is one of the wonders of the evening. But she does. The official body that runs the show consists of Bev (Valerie Bader, exactly the type of townswoman we all know) and Barb (Merridy Eastman, tall and rangy, discussing the latest Australian Story while tapping away on her tiny laptop). When Penny announces that she proposes to raise the women’s winnings they are gobsmacked.

Completing an outstanding cast are Amber McMahon as Nikki, an out-there hairdresser, and Sapidah Kian, a newcomer from Syria and first to see things Penny’s way. There is plenty of online abuse and rejection ahead for Penny and, on top of that, her sexuality is called into question. Sharon Millerchip expertly negotiates these challenges: ‘I’m not scared anymore.’ A flashback visit to the 1988 Appleton Show is a hilarious highlight.

Director Priscilla Jackman shows great confidence in her cast and has a marvellous appreciation of what is comical and treasurable in this very funny, and ultimately very moving, new play.

BUY THIS SCRIPT AND READ A PREVIEW HERE.