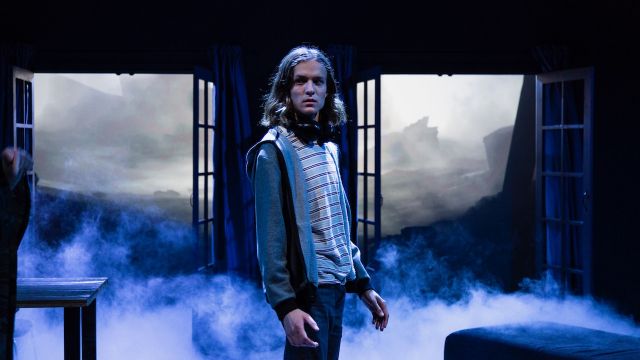 Arki (Harry Musgrove) is 15, addicted to single shooter video games, and in trouble. He assaulted his English teacher after refusing point blank to read aloud a speech by one of the Murderers in Macbeth.  Arki reckons Macbeth, anyway, is a play about a serial killer and his ‘bag of a wife’.  So, Arki’s refusal and his (minor) act of violence is his response to Shakespeare’s depiction of an act of violence.  And yet Arki spends every spare minute behind a gun (on a screen), killing enemies as he plays ‘single shooter’ video games in which mayhem and relentless violence are perpetual.

Thus, the intriguing beginning to a play about real war, depictions of war, and war video games, and the effect these have on human beings.  One of playwright Melissa Reeves’ achievements here is to ask these serious questions – most of the time – by way of gentle comedy.  Her characters are all basically good people who can’t understand each other – or themselves.  The play is set in 2013 when Australian soldiers are fighting, dying, and killing in Afghanistan, but Australia isn’t paying much attention – and kids are meanwhile playing war games on their computers.  The video games are omnipresent here – a sequence is projected over and over outside the windows at the rear of the stage (design by Romanie Harper). 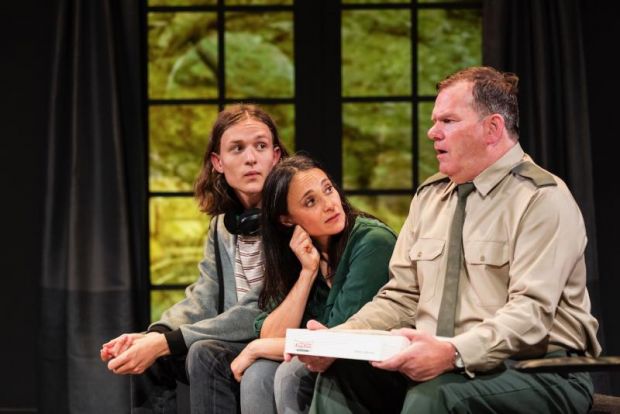 Arki’s caring, well-meaning, out of her depth Mum (Daniela Farinacci) worries that he may be suffering from PTSD because of all those video games he plays.  Unlike the kid in The Sixth Sense who sees ‘dead people’, Arki sees the pixilated ‘people’ he kills in his single shooter games.  He can’t explain.  His mother seeks help from a regular ADF Major (Jim Russell), but he’s out of his depth too – and spouts the beside-the-point Army line.  (One reservation I have here is that the Major is just a bit buffoon cliché – or is that the way Jim Russell plays him?)

A soldier (Jordan Fraser-Trumble) just back from his third tour in Afghanistan, and who really does have PTSD, just cannot explain his feelings to his wife (Eva Seymour).  Is she shallow and unable to empathise?  It looks that way, but she’s just bewildered.  She doesn’t get it, but why should she?  There’s the Afghani refugee restauranteur (Richie Hallal) who can’t explain to his Afghani wife (Daniela Farinacci again) why the Afghan sword he bought at Cash Converters, anyway, is so obsessively important when it is stolen from their restaurant… 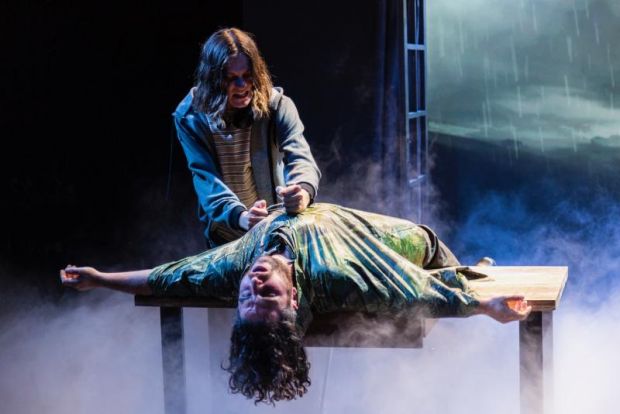 It’s no spoiler to say that a resolution – principally for Arki – comes when he confronts real war rather than a fictional depiction – and it’s a powerful scene.  He is shaken to the core.

Archimedes War has been cancelled four times due to lockdowns.  Finally, it’s on stage.  It is beautifully structured, thoughtful, cunning in the way it puts its issues before us, engaging and amusing.  But in the end, it is, sadly, not particularly moving.  In that respect it is unlike director Susie Dee’s usual wrenching, visceral productions.  Here, casting is spot-on, and Dee understands (as usual) the need for light and shade, particularly necessary with these three story strands.  Her transitions are seamless, and the pace is finely judged. 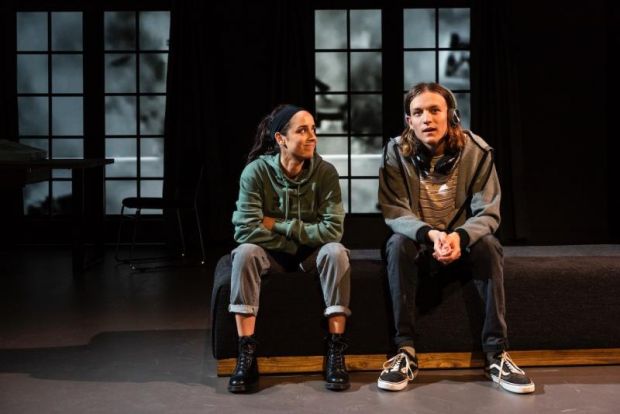 The play’s intention is perfectly clear – as is the desire, I suspect, to be non-threatening - but Melissa Reeves’ good-natured light touch, her semi-comic mode, does seems here to keep us at a distance.  Perhaps it is best to think of Archimedes War as a ‘play for discussion’, a conversation or debate starter – for which purpose it would be excellent.