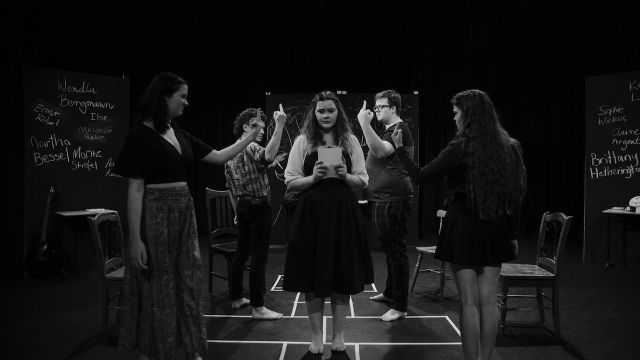 The story follows Melchior, Moritz and Wendla, who are on the cusp of adulthood; pulled between innocence and responsibility. Physically blossoming and emotionally vulnerable, they feel they have to find their own way when the adult world around them seems incapable of guiding them.

Director Kurtis Laing tackled the uncomfortable – and at times, graphic - content with sensitivity, and the cast of seven provided strong performances, delivering the dramatic punch one would expect from such a production. 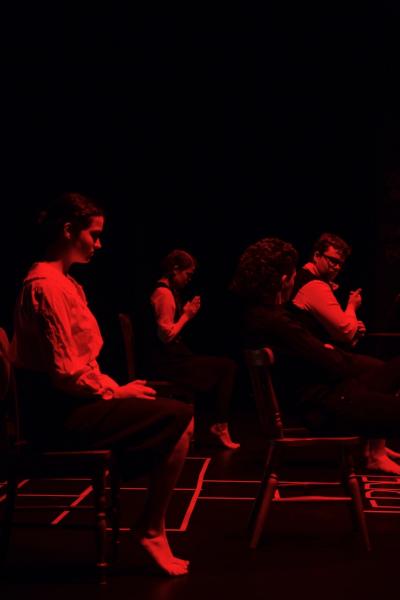 Minimal sets and subtle lighting allowed the audience uninterrupted focus on the character performances, and the use of musical interludes to convey the transition from innocence to corruption was effective. The regular lighting up of cigarettes assaulted the senses and the cloying smoke lingering throughout the performance added to the ambience.

Claire Argente as 14-year-old Wendla Bergmann commanded the stage admirably, and her anguished dance sequence as she attempted to process the act of violence she experienced provided the most poignant moment of the night. Drew Buchanan played angry atheist and sexually aware Melchior Gabor; he was captivating with his heartrending interactions with best friend Moritz Stiefel (Sophie Wickes), his untempered raging against morality and sexual violence against his fellow schoolmate.

Sophie Wickes’ vulnerability and developing depression as Moritz was equally touching and emotionally draining. Bridie Middleton, as the carefree and promiscuous Ilse, and Brittany Hetherington, as school friend and domestically abused Martha Bessel, both provided some surprising light relief and gentle performances in a heavily loaded atmosphere. Awakening is by no means uplifting and cheerful viewing for a Saturday night, but Good Time Theatrics’ quality production certainly made it a worthwhile experience. I wish the cast well with the remainder of their Queensland tour.