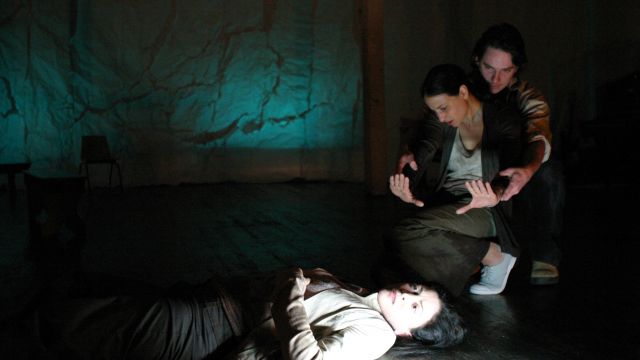 The cultural influence of photojournalism on the battlefield has resulted in some life-changing images. Some, like the Associated Press’s Nick Ut’s Pulitzer Prize-winning photograph of a naked little girl running along a road immediately after a napalm attack during the Vietnam War – are defining images of a generation.

Controversy, too, has challenged the reputation for authenticity of both written and photographic journalism that has emerged from places to which few of us would dare travel – especially given the life and death stakes that exist in constantly unpredictable war zones. Renowned war photographer Robert Capa’s iconic “The Falling Solider” – a photograph of a ‘soldier at the moment of death’ – has long been the subject of controversy, with a Spanish newspaper declaring it a fake in 2009. Capa, who most memorably (and miraculously) photographed World War II’s D-Day Landings in 1944, also once wrote: “If your pictures aren't good enough, you're not close enough.” Ironically, Capa was killed by a landmine in 1954 while on assignment for Time-Life magazine covering the first Indochina War. He died, it has been reported, “with his camera in his hand”.

Mari Lourey’s epic Bare Witness script (with dramaturgy from Julian Meyrick, Michael Carmody and Ms Kostich) is an extraordinarily layered, insightful and passionate testament to the monumental dedication and primal survival instincts of the people behind the lens. It is also, initially, coloured with an affecting optimism and engaging sense of ribald (if circumstantial) camaraderie amongst the correspondents, who meet the demanding negotiations for safety, translation, proximity, information, infrastructure and technology with determination, efficiency and an unhealthy cynicism.

Ms Kostich’s direction is busy early on – mistaking lots of activity for action. In spite of every best intention to create some memorable movement-inspired vignettes, the cast (who uniformly lack physical literacy, fluidity and powers of elevation) seem ill-at-ease with what unfortunately begins to resemble something more like vaudeville than a revelatory physical vocabulary complicit with the text. The ‘squaring the shot’ motif and the twee ‘clapping of the hands to signify the shutter in action’ just become repetitive, while leaping, twirling actors’ bodies achieve nothing like the exhilarating potential of leaping, twirling dancers’. Ultimately, the issue of how movement informs this determinedly stage-bound piece of theatre remains a considerable dilemma.

This is quite obviously an ensemble deeply connected to the material and the performance of it – and their memorising of this Herculean text is never less than outstanding. But while such clear and present subjectivity and intention does wonders to increase the worthiness of a piece, it does little to increase its powers of effective communication. The overall result is a piece of theatre that teeters uncomfortably on the precipice of self-reverential indulgence.

What hauls it back from the edge of that slippery precipice, are the moments when Ms Kostich trusts her ‘big picture’ instincts and everyone stops wandering and/or running around and flinging themselves all over the place. These moments of rare, potent stillness and introspection reveal a heightened level of engagement and focus with and on the characters and the subject. These fantastic moments of breath, space and stillness are when Bare Witness really comes into its own as an epic piece of theatre – while also revealing the true powers of a finely-tuned ensemble. This ‘air’ is no more beautifully incorporated than in the ‘telephone home’ sequences – the only moments we have to connect with the characters on a level and in a circumstance we implicitly relate to.

Jethro Woodward’s soundscape is marvellous – not only its pure inventiveness, but also in its complicity with the text. It’s just a real shame it all took place up in the corner where it became an absolute strain to watch him at work. It was frustrating to be denied the opportunity to become absorbed in the myriad of significant aural possibilities he was contributing.

Mr Carmody’s video, too, is far too conspicuously contained to realise any of its potential to influence the physical environment and is all rather too neatly incorporated and accounted for (as opposed to Mr Woodward’s random aural interjections and under-scoring) to be really effective. Emma Valente’s lighting, on the other hand, is intricately incorporated into the action, and the use of various different light sources throughout the performance are particularly arresting.

Ultimately, one might say the angles are all strange – which may well make for an interesting photograph, but not necessarily a great one.