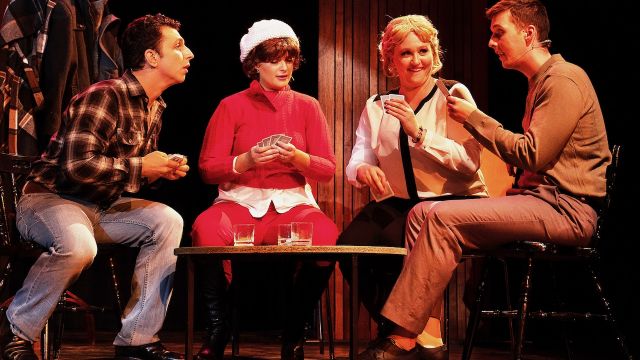 It’s a brave company that takes on NSW’s first amateur production of any musical, especially one that is as demanding as Beautiful. Carole King’s story covers over half a century of musical styles, song writers and singers. It’s complex vocally in so many ways – just fancy taking on the role of a singer as talented and internationally loved as Carole King for a start! Or Cynthia Weil and Barry Mann! Or The Drifters! Or The Shirelles!

It’s just as complex technically. It requires a twelve-piece band, including three keyboards, two guitars, a bass, drums, percussion, two reeds, a trumpet, a flugelhorn, a trombone and a bass trombone. There are multiple microphones and microphone changes. In this production there are two hundred points of audio connect and one hundred and eighty lighting cues. An extra one kilometre of cabling was required in order to stage the production in the venue! 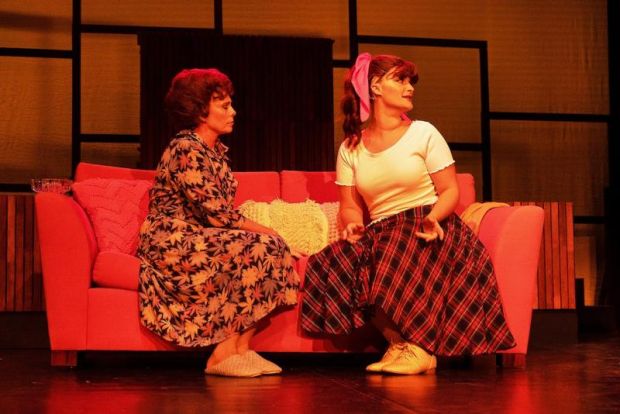 Yet, Blackout Theatre Company took on this mammoth project at the end of 2019 and was well and truly into production mode when the pandemic struck. Undaunted, director Jordan Anderson, with musical director Koren Beale and choreographer Lauren MacKinnon, and a committed cast and crew, waited patiently, and are at last able to bring the state’s first amateur production of  Beautiful to the stage, with Elisa Vitagliani in the leading role.

Anderson describes Vitagliani as “incomparable” and she certainly lives up to his description. She brings a wealth of musical training and musical theatre experience to the role, as she takes King from a hopeful teenage composer to an internationally celebrated performer. Whether diffidently offering “It Might as well Rain Until September” to  a New York producer or playing and singing at Carnegie Hall, Vitagliani shines stunningly in this role. She embodies the warmth that is so characteristic of King and her music, as well as personifying King’s vocal strength, range, energy and sincerity. 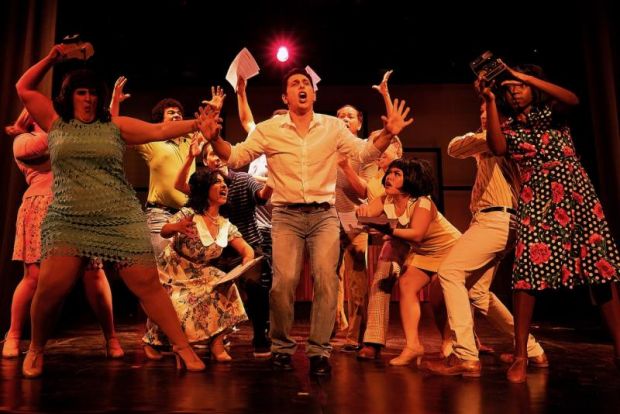 Fellow musical collaborators Cynthia Weil and Barry Mann are played by Fiona Brennan and Timothy Drummond. These two performers work well together, both highlighting the humour that has been written into the roles. They play off each other well, whether acting or singing, and make their characters very believable. 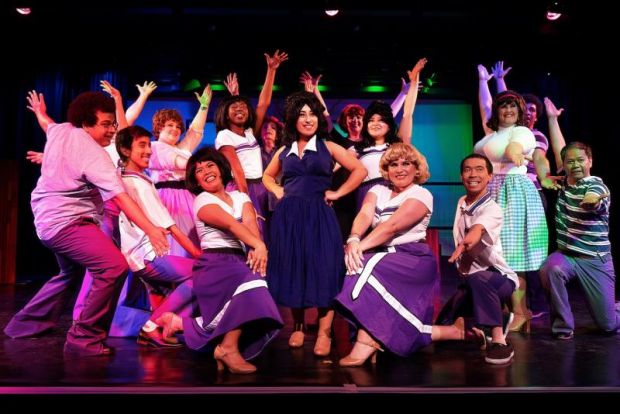 In dialogue and song, these six performers tell the Carole King ‘story’, taking her from a hopeful, starry eyed sixteen-year-old composer to wife, mother, friend and celebrated performer. They are supported by a strong cast who sing – and dance – with vibrant enthusiasm, whether playing backing singers or harmonising as the very dapper Drifters or the very sparkly Shirelles. 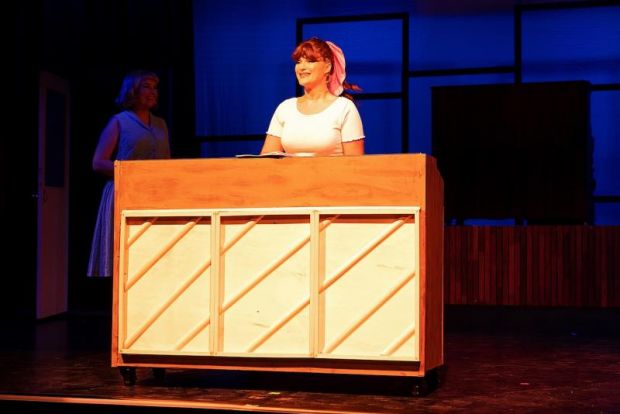 Backing them (in another room in the venue) is the band conducted by Lindsay Kaul. The sound and video are ‘transported’ to the auditorium by network connections – and considering how little time the company is actually in the venue prior to opening, bringing off-stage sound, on-stage action and lighting cues together in only a few rehearsals is always frenetic. Then there is backstage frenzy of co-ordinating 28 performers, making over 150 costume changes, changing 40 wigs and manipulating 130 props.

Blackout Theatre Company took on a major project with this production. That they have managed it so successfully is a credit to Jordan Anderson, his creative team, a very gifted leading lady, and a strong, enthusiastic cast and crew. Their production is yet another example of the artistic heart that beats so strongly in western Sydney. 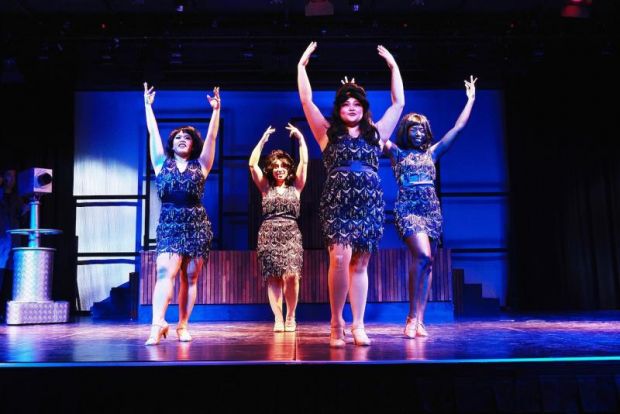