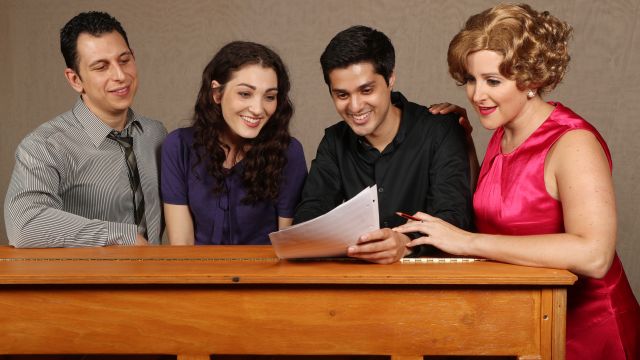 Is Carole King’s Tapestry LP part of the soundtrack of your life?

An indelible part of my youth, at 17 it was a must-have album.

That makes Beautiful one of those musicals where I didn’t just hum the tunes as I left the theatre. I was humming them as I entered, and constraining myself from singing along during the show. 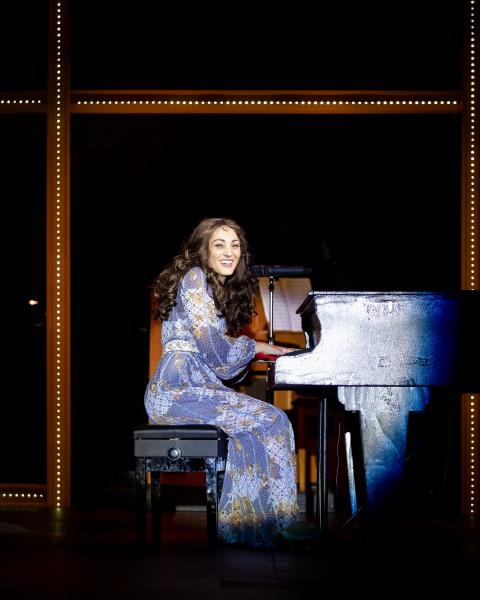 Tapestry doesn’t come into the show’s plot until mid-way through the second act, but if you haven’t seen Beautiful before, you may be surprised to discover just how many popular hit tunes King had previously composed for other groups and performers since her career began at age 16. Miranda Musical Society’s appropriate casting of those artists, including The Shirelles, The Drifters and Little Eva is particularly satisfying, especially in the light of controversy surrounding some recent community theatres’ choices.

I had the privilege of being invited to the dress rehearsal of Miranda’s twice postponed production of Beautiful, after the production’s nearly two-year hiatus. As if the challenges of Covid-19 weren’t enough for director Col Peet and his cast, after the initial cancelled season (just over a week before opening night), Miranda’s home of many years was then demolished to make way for a new theatre. Re-scheduled and re-designed for an alternate, more intimate venue, Anita’s Theatre in Thirroul, it had to be postponed again in 2021, before finally making it to the stage at Anita’s this week. 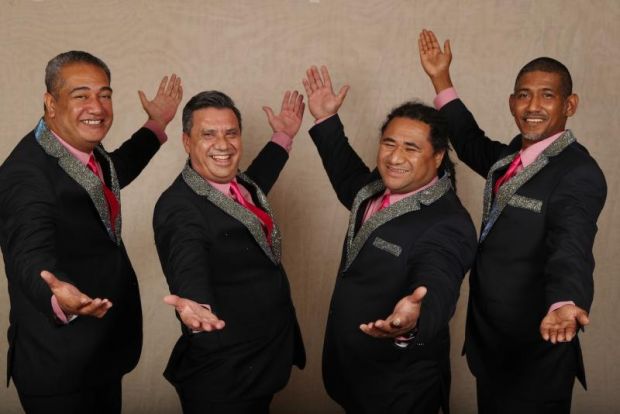 At the heart of this production, Emilie Lawson joyously guides us through Carole King’s journey from an insecure, enthusiastic 16-year-old aspiring composer, venturing into New York’s Brill Building songwriting factory for the first time, through her professional successes and personal heartbreaks with lyricist / husband Gerry Goffin (Chris Milotti), to the emergence of King as a star singer / songwriter. As she breaks the fourth wall with an assured prologue from the post-Tapestry Carole King, we know we’re in for a treat from Emilie, even though the show suddenly requires her to play that assurance down as she draws back into the young Carole’s shell. When we do reach King’s breakthrough solo album, the show becomes like a terrific concert, with Emilie accompanying herself at the piano (splendidly in synch with Peter Sampson’s band), assured, charismatic and nailing those timeless Tapestry hits. 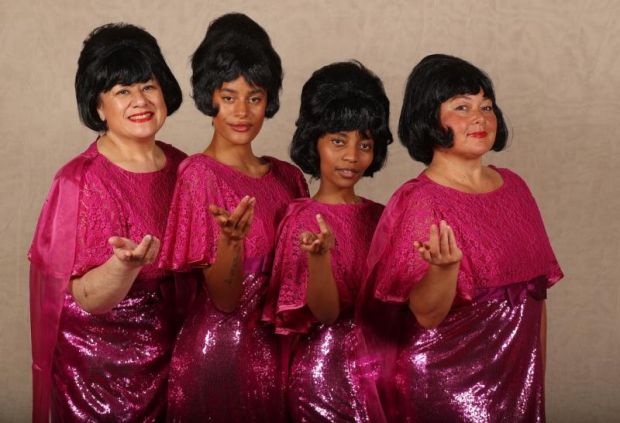 The unlikeable, self-absorbed, two dimensionally written role of Gerry Goffin has Chris Milotti playing a character with whom we aren’t likely to feel much empathy, but Chris plays it with assurance.

Tanya Boyle bursts onto the stage with bold-as-brass energy as aspiring lyricist Cynthia Weil, teaming up with Stefan Jamal as hypochondriac composer Barry Mann to become King and Goffin’s friendly rival team in the hit songwriting stakes. Tanya and Stefan really land some great Weil/Mann numbers like “We Gotta Get Out of the Place” and “Walkin’ in the Rain”, while establishing the chemistry of a tangled working and personal relationship which is so very easy to warm to. 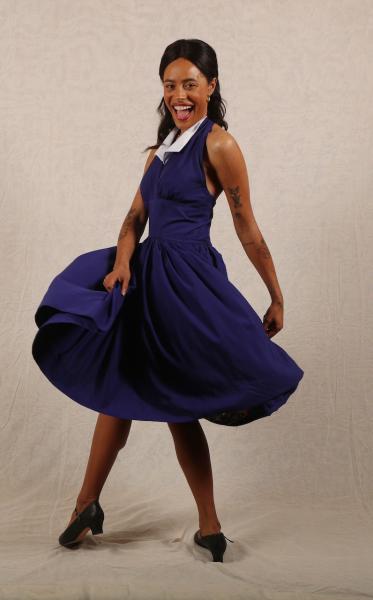 The diversity of casting, with POC company members playing the POC performers who made so many of the songs in the show 1960s hit parade favourites, was a true joy. Ralphy Walter, Matthew Vaeluaga, Brad Weightman and Ed Mafi were The Drifters, singing “On Broadway” and “Up on the Roof”, while as The Shirelles, Katherine Rodriguez-Lea, Noelani Amarachi Netzler, Angie Gachomo and Jenaya Okpalanze delighted with “Will You Still Love Me Tomorrow”. Anisha Okpalanze truly let rip as Little Eva, nearly stealing the show with “Locomotion”. 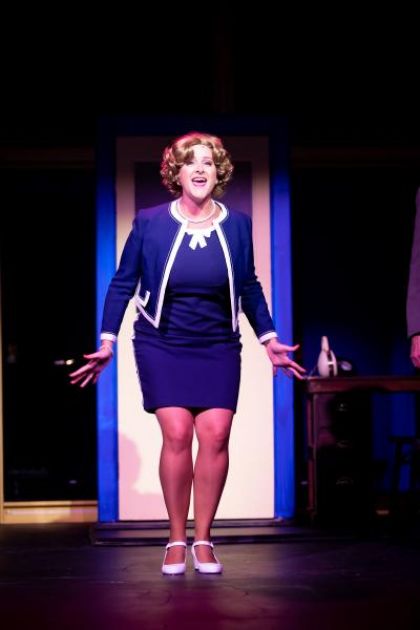 As young Carole is arriving at the Brill Building, we get a great collage of pop music and dance of the era. In this scene and the various other live and TV performances, choreographers Dolores Dunbar and Kristen Hockley capture the era vibrantly. A favourite vocal of mine from this early part of the show was Daniel Simpson as Neil Sedaka.

Equally vibrant, and spot on for period and character, are the costumes by Karen Mosely and James Worner, picture perfect against a relatively simple design.

The music in Beautiful easily outweighs the book, which often just sketches out the necessary biographical material, and sometimes plays a little loose with the facts – you’d think Tapestry was Carole King’s first solo album, for instance. But the consistently terrific collection of songs is really what it’s all about, after all. 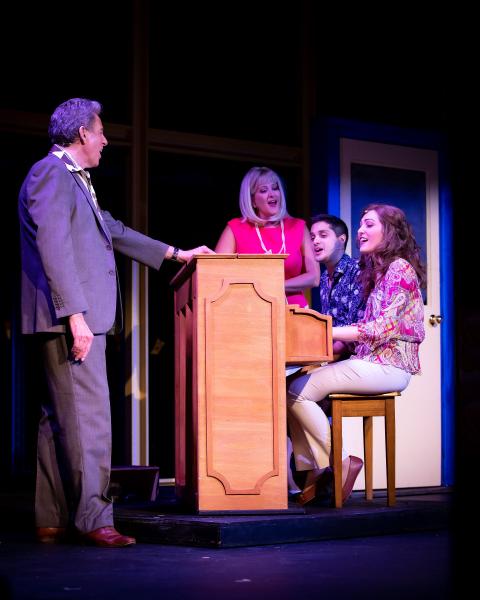 The dress rehearsal I caught was just that, with the usual glitches, and various technical elements still being refined. But promising elements of a terrific community theatre show on opening night were all there, with opening night just 24 hours away. It’s not hard to believe if you were following the social media around the production last week, as Covid had taken its toll yet again, and the production was scrambling for a crew. Rather a tremendous achievement, really.

It’s great to have community musical theatre back on stage. Congratulations to Miranda Musical Society on their long game to finally get the show up. 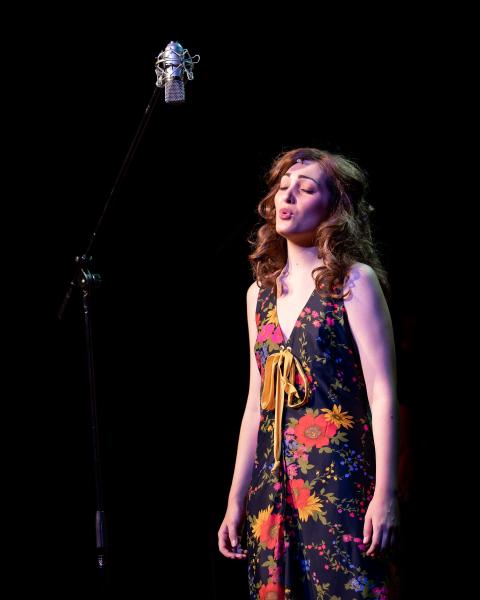