The Best, The Fairest, The First 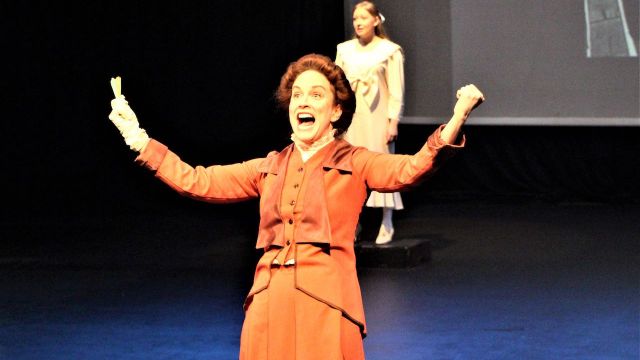 This play details and celebrates the wonderful and clearly little-known history of several women sporting figures. The play is structured in three parts and looks at women who were pioneers in three sports: swimming, cricket and running. All of the stories are told from a very personal perspective and highlight the obstacles that women face not only historically but also in contemporary society. The performance is also graced by the presence of Calisthenics Soloist, Nuj B, and local running legend Monica Wong. The play goes out of its way to make a strong connection between historical and current forms of discrimination and forcefully makes the point that while progress has been made women still face numerous obstacles.

The story of swimming champions Fanny Durack and Mina Wylie is told in a vibrant manner by performers Emma Cox and Cosima Gilbert. The historical era of turn of the century Australia and its restrictive Victorian moral codes is brought to life in an evocative manner. The enchanting costumes, mannerisms and archival images all add to the effect. The performance does not hesitate to add a little irony to the story as it outlines how women were prevented from fully participating in sports. The need for chaperones and modest swimwear are among the major concerns for women who wished to compete in championships. 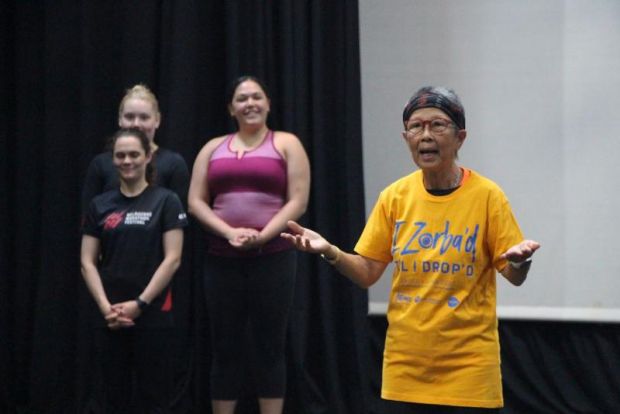 Local legend Betty Wilson (Rebecca Quin) who was the first cricketer ever to score a centenary and take ten wickets in a Test is also vividly brought to life. Her story of having to reconcile the post-war demands on women to marry and have children is nicely highlighted via conversations with a friend (Annie Morris) who adheres to more traditional notions of femininity. The use of archival images which fill the large screen is a powerful way to acknowledge the achievements of such women. Alec Gilbert provides much of the detail of her story in the style of a sports announcer and his performance is also characterised by some irony to highlight the double standards imposed on women who wished to participate in a more professional sphere.

The story of champion marathon runner Sinead Diver (Marli Van Der Bijl) is interspersed between the other two stories. This story is juxtaposed with the historical accounts and highlights how in some respects little has changed in terms of supporting sportswomen. Diver has to juggle married life, work and children (as well as a pandemic) with her running aspirations and the demands are clearly superhuman. The presence of Monica Wong in some of the scenes is a great reminder of how such incredible women are making these superhuman efforts on a daily basis. 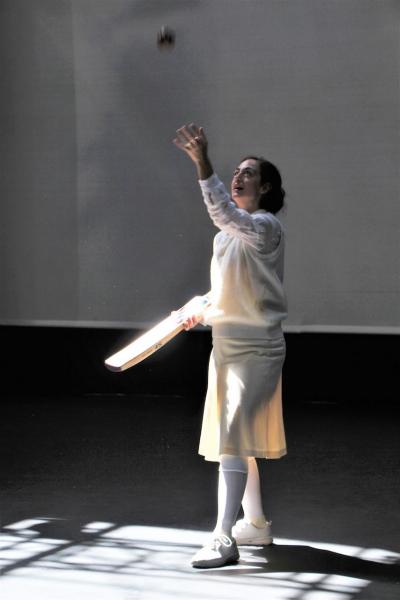 While all the performances are solid and sometimes infused with a tongue-in-cheek irony the important details of the story are often delivered in a somewhat didactic manner. This sometimes creates a clash of register in the tone of the play. The open space is nicely supported by the large screen backdrop which helps to set the scene and provides some beautiful archival images. However, the performance seems to struggle to adequately occupy the vast space, and this creates a sense of distance with the audience.

The play opens and closes with Nuj B’s mesmerising calisthenics and reiterates the way the show emphasises the incredible physical demands on people who practice sports. The encouraging words of Monica Wong are also testament to the courage and determination required, especially by women, when you are driven by a passion to practice or play a sport. 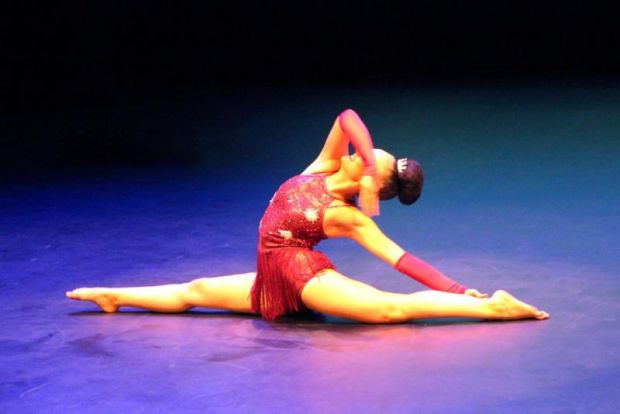