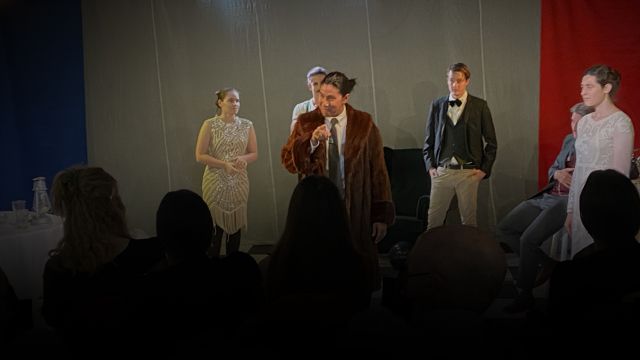 The Big Shot is presented as part of the Actors Hub’s Naughty Nights at Nine series for Fringe World. Playing at 9pm on Friday and Saturday nights Naughty Nights at Nine plays after the 4x4x4 Season offering and is a great chance for patrons to catch a second show in the same venue. The 9pm shows are a little more unpredictable than the 7pm shows and include “Who Dunnit?”  Murder Mysteries on the Friday nights.

This show was an accidental repeat viewing for me, but it was great to see it return to the line-up - this time played more conventionally in a theatrical setting, which serves the show better. Set in the Roaring 20s, the audience are introduced to the titular Big Shot, gangster Charlie Cheung, wonderfully detestable as played by Carlin Montiero. It is not too much of a spoiler to reveal that he will be the victim.

The audience are asked to question the suspects and some lively debate may ensue, before decisions are made as to who will face punishment.

Great fun and great to get involved, the Big Shot plays another show on January 28, before a new murder mystery premieres.