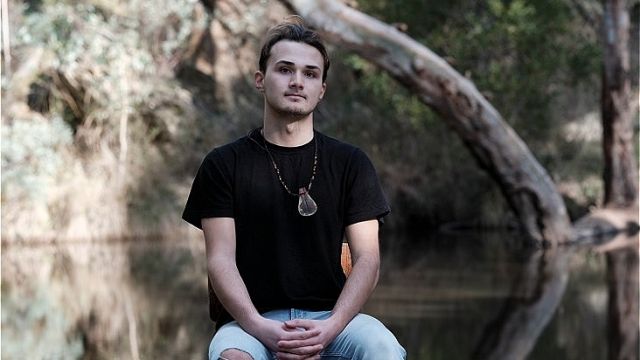 Billy’s Choice is an exploration of modern Indigenous Australia, set during Victoria’s lockdown in 2020. The writer, Brodie Murray, plays the titular character of Billy. He has written an honest dramatic portrayal of Koori people and the dilemmas they face when cultural boundaries blur. It is cleverly crafted by director Rachel Maza for Digital Fringe.

The entire team behind Billy’s Choice have developed a short, powerful piece of dramatic theatre. This production is simple in format and strong in content, revolving around video calls.

John (Corey Saylor Brunskill) is an indigenous leader who works for the Koori Justice system. He lives in Melbourne and is the first generation of his people to not only be tertiary educated but be a revered professional. He has left his ancestry behind in Wamba Wamba country (Swan Hill) and is failing to father his only son Billy, after his wife died. He reluctantly talks to Wumyah (Dion Williams), who is a traditional indigenous man of country and a “fatherly” Uncle to Billy, the troubled wayward teenager in Year !2.

Wumyah is a concerned, soulful man who tells spirit stories from country and is a loyal and trusted friend. John does not have time for Wumyah, feels he has moved on since leaving Wamba country and does not like Billy speaking to him. Wumyah berates John for neglecting his son and for turning his back on country. Billy feels neglected by his father, while his father fails to understand.

Murray is a crisp new voice - he has created rich honest indigenous characters while reflecting on the ongoing problems of assimilation, social mobility and respect  of country.