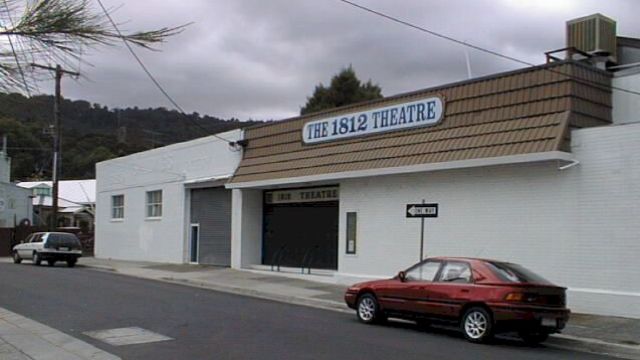 In Blackbird (British slang for jailbird), Ray, a middle-aged middle-manager, and 20-something Una, meet after 15 years. Ray (then in his 40’s) was gaoled for having an ‘affair’ with Una when she was a minor.
They meet in the canteen of the company where Ray (known as Peter Trevelyan) now works. The realistic factory canteen included leftover sandwiches, and a complete mess on the tables and chairs. The audience was seated on both sides of this very intimate production. This very emotional and physical play was particularly challenging for the performers, who were on stage the whole time.
Keith Hutton captured the character of Ray with professionalism. He has good projection and very good rapport with Becky Lee (Una).
Lee gave a wonderful performance, capturing the fine points of a 20-something year old who could not or would not forget what happened that one dramatic night.
Initially one thought it was definitely the older man’s fault but as the story progressed it became clear that there are two sides to everything. The performers showed this when the scenes changed from anger to affection, to love and back to anger.
There was physical action, with chairs flying across the stage. Fortunately the timing was perfect, so neither the audience nor actors suffered.
Rebecca Castleton played the small part of Peter’s adopted daughter, arousing Una’s suspicions.
The evening opened and closed with strings played by Lore Burns.
This highly emotional, dramatic play, not for the tender hearted, includes strong language, violent scenes, a questionable subject and plenty of emotion.
1812 Theatre and director Chris Proctor handled the production skilfully and sensitively.
Peter Kemp