The Boy From Oz 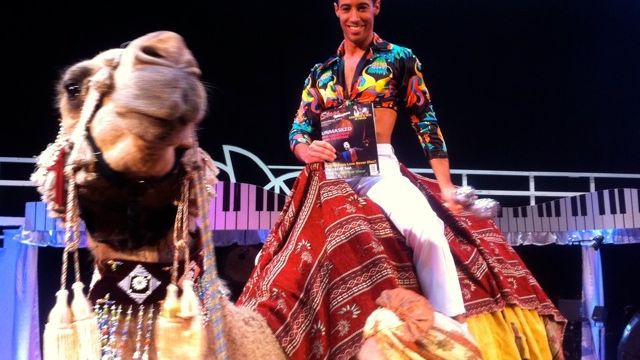 “Never perform with children or animals” is the old adage. Matthew Hustwaite, the 22 year old Producer, obviously has never heard of that.

For his first production for his newly-formed company, Leading Note Theatre, he crammed 50 members of the local choir, dozens of local dancers, and a camel onto the stage.  All were beautifully groomed, choreographed and refrained from spitting.

They won me over by giving me a camel  ride – backstage (I am the agent for The Boy From Oz so I get VIP treatment).

But you didn’t need a camel ride to enjoy this night. The production was blessed with a star performer Andrew Ronay-Jenkins as Peter Allen. He had just stepped off a nine-month overseas cruise as a headline entertainer when he heard of the audition. 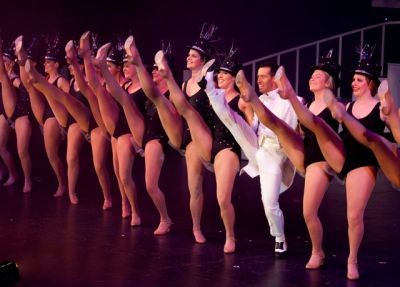 He was a young Producer’s dream as Andrew is better looking and a better dancer than Peter Allen.  He also shared the extraordinary stamina of the late singer song writer – nailing all the notes – right down to the last encore in Once Before I Go. Despite his energy the most enjoyable parts of his performance were when he was a little exhausted. The more reflective moments gave the performance light and shade.

Aiding Andrew Ronay-Jenkins was a nice even cast – who didn’t quite reach his dizzying heights – apart from Uisce Goriss-Dazeley, who shone as the young Peter Allen.

It was more camp than other productions of The Boy From Oz. Director Stephen O’Neil allowed more peaks of buffed bodies than the norm. And only a few community theatres have used the on stage smooch. In Ballarat real men kiss in poignant love scenes.

Aided by a band on the money, a simple but sparkling set, crisp singing and a well-drilled dance team, it was a very promising beginning for a new company. 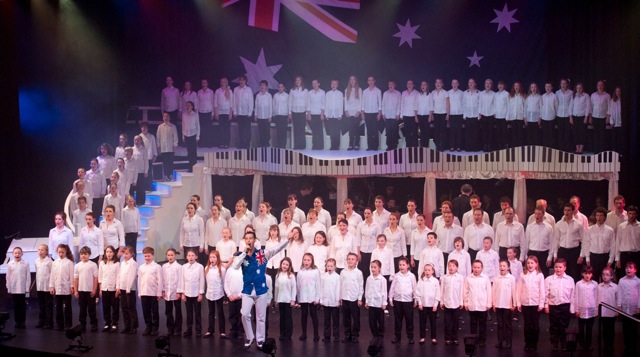