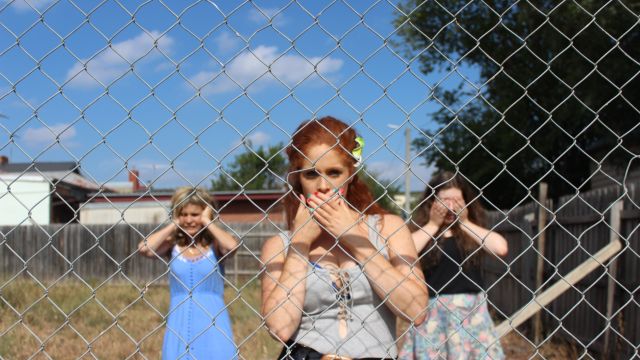 This extraordinarily perceptive text by Gordon Graham is being thoroughly honored by Nice Productions’ exemplary staging in the comfortable Studio Theatre at Gas Works.

As a rare and illuminating opportunity, to see what Stephen Sewell based his remarkable screenplay for the powerful and haunting (1998) film The Boys, on, it is not to be missed.

All characters are well cast and the troupe of actors works as a well-oiled ensemble.  Direction (Luci Klendo) is probing and displays an honest clarity that allows for gritty truths to be framed and therefore satisfyingly observed.

It is partly a domestic drama set in the home - a family house and garden.  This particular staging allows for really smooth transitions.

On one level the story is about a Mmother, her three sons and their girlfriends.  But really it is a very telling exploration of the frightening sociopathic black heart of misogyny that is ever present in our community.

As the long suffering Michelle, Brett’s girlfriend, who seems to be able to hang in there no matter what (probably in a large part due to Sandra’s vigilant support) Rebecca Fortuna brings a lovely energy and vitality.  Michael Shanahan displays the volatile pent up hate and craziness required to the pivotal character of Brett who has just been released from prison.

Ben Taylor is a strong handsome stoic presence as Glenn, who is really working overtime to satisfy the conflicting expectations of his girlfriend Jackie and his brothers Brett and Stevie.  For me there is just that extra little edge of sharpness in Heidi Lupprian’s work as the vulnerable yet smart Jackie.

This is a short season – closing on the 20th of January.  I was surprised that the opening night wasn’t papered and full.  If it had been, I reckon, word of mouth would have filled the studio on ensuing nights.

Only four more chances to catch this.