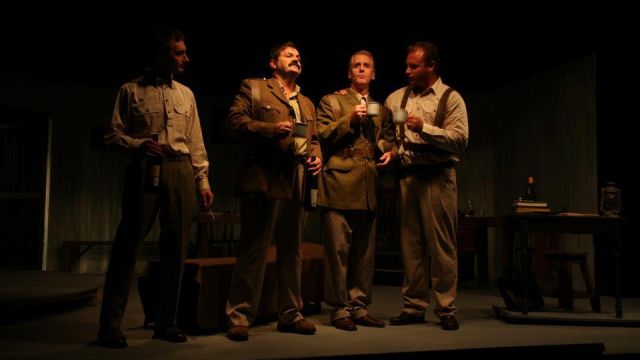 Second exposure to Ross’s revised script alerted me to more evidence not included in the film, which supports Morant and Lt Hancock’s case. It appears they merely followed orders ‘from their British superiors’ to shoot Boer prisoners.

Director Nathaniel Curry (also acting as the titular lead) presented a charismatic Morant, a man of high ideals with courage to defend them even at risk to his own life. Irascible country larrikin with zero tolerance for bullshit, Marcus Thomas’s Lt Hancock won over the audience as the court martial progressed. These two set the standard for supporting actors to emulate. 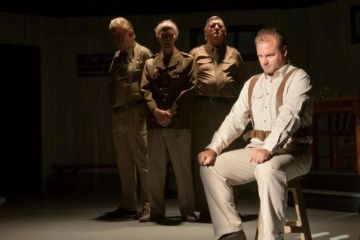 Casts of eighteen males challenge community theatres, yet these are the companies tackling that challenge. With judicious role doubling, Currie attracted a strong core of supporting actors: David Corrie as Major Jim Thomas, legal eagle embracing the case without sufficient court procedure background; John Honey as Major Bolton, head of the prosecution; David Jones and Doug Harper as court martial Presidents; Luke Byars as Lt George Whitton, third of the trio under trial; and an impressive double act by Tom Burrell - one a Scot, the other a Boer.

Interpolation of old Pathe footage captured the era. Given the overall standard, I turn a blind eye to the effective revolve that creaked and groaned; to age discrepancies and wardrobe choices that grated; and sound effects that chopped off rather than faded.

Mousetrap can be proud of this one! 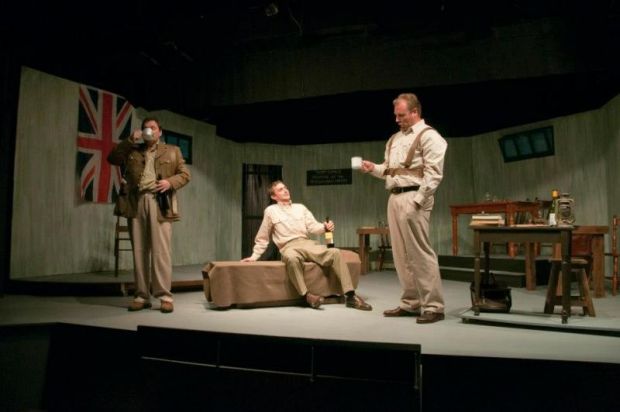