The Breath of Life by David Hare 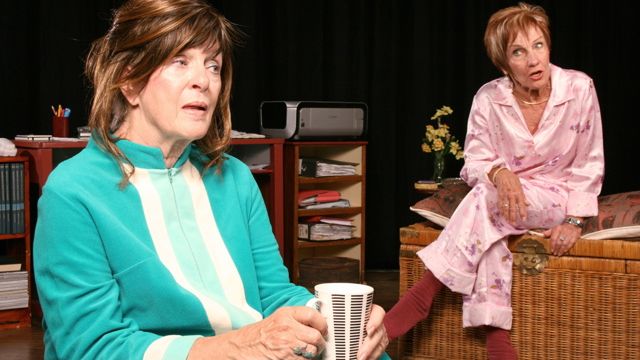 The Breath of Life by David Hare was Cairns Little Theatre’s last production for 2009. The production proved to be a thought provoking play for actors and audience alike.
Madeleine, a retired museum curator, gets a surprise visit from a woman called Frances, a successful novelist. However, the women have one thing in common. They were both involved at one time with a man called Martin: one as his wife, the other as his mistress. The script paints a vivid picture of the never-seen Martin, as the two women carefully shadow-box each other in a well constructed, but wordy play.
Lori Barton as Frances gave a convincing and strong performance, while Sally Gazzard, as Madeleine, looked even more convincing with her character, though on occasions she stumbled with lines. This is not surprising as The Breath of Life is a difficult script that undulates in thought, tense and meaning.
Director John Hughes got the best out of his actors, though some of the moves looked awkward.
Originally written for Judy Dench and Maggie Smith, two giants of the British stage, The Breath of Life was a challenging and difficult play for Cairns Little Theatre to attempt. The fact that they came through the test with flying colours is testimony to the theatrical talent in Cairns.
Ken Cotterill