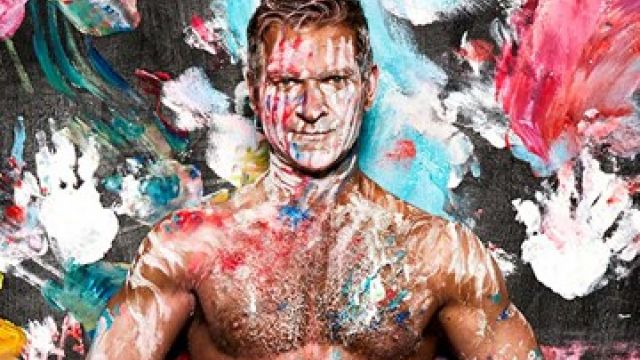 Brent Ray Fraser is the Picasso of the Penis! Completing his art studies in 2009, he ended up as a stripper after watching a strip show. The combination of these two art forms has led to his current show which has been touring for over ten years.

His body is his instrument and a daily yoga session ensures it stays in perfect condition. In fact, at 42, he has the physique of a man many years his junior and even though he has retired four times he claims, ‘I'm going to be painting with my penis until I'm dead. I'm going to paint all the way up to my grave.’

The setting for Brent Ray Fraser is simple, a collection of several different sized easels and canvasses and a ledge for paints, water spray bottles (for cleaning his body and ‘brush’) and paint.

His entrance is heralded by the voice-over ‘Is that a paintbrush in his pants?’ Fraser wastes no time and strips off, much to the delight of the vocal audience who are eagerly anticipating his first canvas. 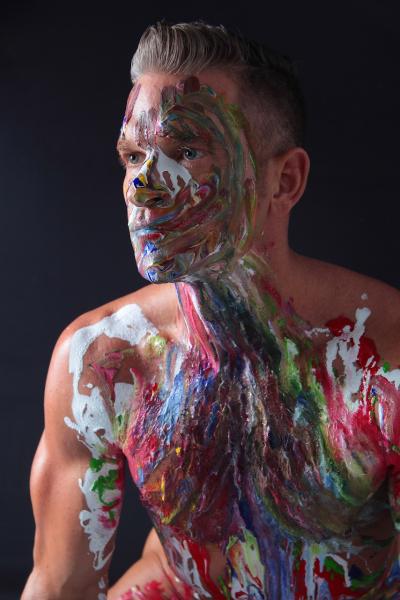 After loading his ‘brush’ with paint, Fraser deftly spins the black canvas to various angles as he applies carefully placed white paint strokes. He retraces strokes until satisfied with the result, a koala, which, along with another canvas, is for sale after the performance.

His painting is accompanied by music which ranges from Abba to the classics. In particular Figaro’s aria from the The Barber of Seville, which I will hear the same way again!

Other works feature a large canvas which he returns to several times to reveal a landscape and a portrait of an audience member. On opening night Fraser chose Mark Trevorrow aka Bob Downe. Wearing a covid-safe face visor ,Trevorrow took it all in his stride declaring he would not ‘look down’! Given the ‘brush’ he had to work with, the portrait was scarily accurate!

Cleaning his equipment between using black and white paint is essential. Fraser uses two pump spray bottles to rinse then handtowels to dry, all accompanied by music and posing reminiscent of 50s muscle magazines.

The pinnacle of the performance is total body art. He liberally applies paint all over his body and presses pieces of black card to various body parts to make a number of prints which are given to the audience using a trash grabber. 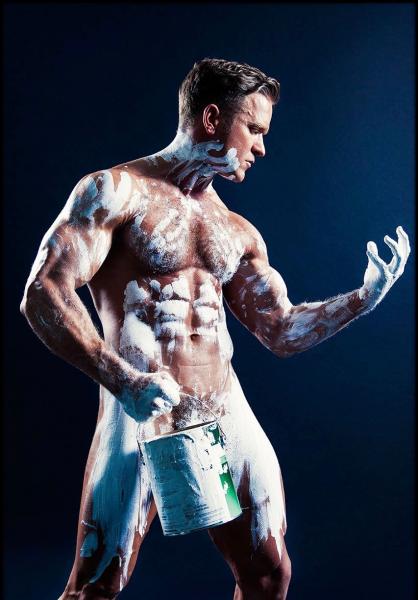 The question of wear and tear naturally arises in everyone’s minds during the performance and Fraser has been injured. In fact, he says, ‘I've been injured many times - so many times I've had to question whether or not I could continue doing this’, but continue he has and by the end of the night we feel we know every centimetre of his body.

Brent Ray Fraser is a unique experience. Whether you believe it is true art or not makes no difference, as Fraser says, the balance of being sexy and mischievous is part of the “whole spirit of cabaret". It is certainly a performance you will never forget!