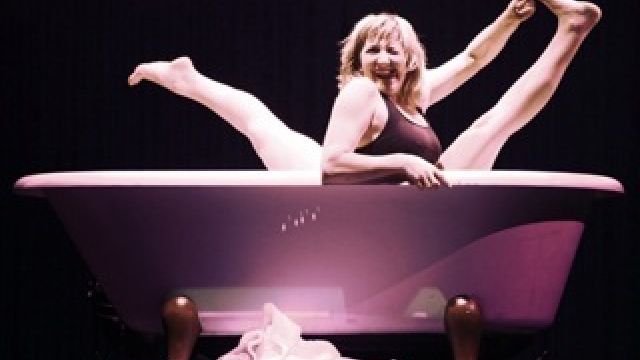 Briefs and Soap are two strikingly similar, yet wildly different and somewhat unexpected ‘circus-style’ shows playing a double bill at The House.

Briefs features a motley, all-male cast of (mostly) brawny banana-benders, fresh from their triumphant season at the Melbourne Fringe. The show is strung together beautifully by an extremely down-to-earth Drag Queen (Fez Fanaana) who, with acerbic, satirical banter regales the audience with an informative run-down of the troupe’s very humble origins. The uproariously funny and jaw-dropping routines were interspersed with unexpected moments of pathos – especially during the screening of a short film, depicting the traditional Western Samoan tattooing ritual which had been performed on Fez’s brother Natano – presented just prior to his dazzling aerial silk routine. This reviewer is not the usual fan of circuses so the promise of gratuitous flesh and adult comedy attracted my attendance. But I have to admit their miraculous feats of derring-do were definitely the icing on the beefcake-with-extra-pickle. 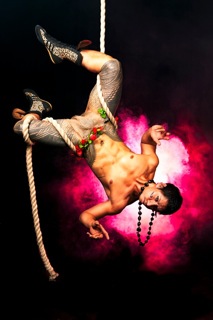 Soap was not as pants-wettingly funny, nor as up close and personal, but with a solid two year season in Berlin behind them and with it’s higher production values it represented a slicker, more stylish celebration of extraordinary physical prowess. The Soap ensemble of nimble young men and women present a dazzling array of feats and one extraordinary young lady with truly remarkable feet. Again, all that bendy stuff is not usually my cup of tea, but when performed in and around a series of free-standing bathtubs, the usual gamut of acrobatics, contortionism, juggling, and gymnastic ballet takes on a far more quirky and perilous edge. Throw in liberal doses of clownish but sophisticatedhumour, a thumping sound-track and slick lighting and the audience ismesmerisedfrom go towhoa. There’s even a bit of ‘Soap Opera’, in the shape of operatic diva, Nina Nanakaiti of Lithuania, parodying every ‘bath’ song never written. The astounding, very wet finale must surely represent an O.H and S nightmare.

Separately brilliant, but nicely complementary, Briefs and Soap are hard to separate for pure entertainment value. So both shows are highly recommended.

knew a night at the circus could actually be entertaining?