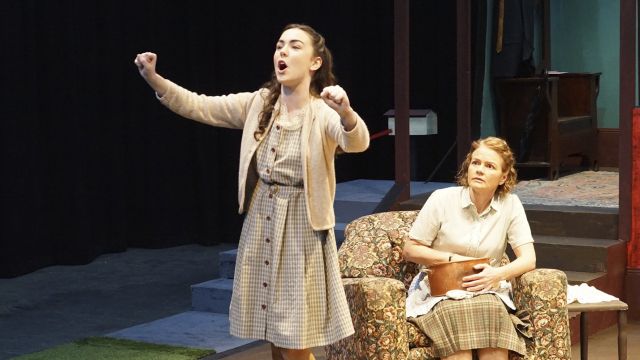 What an ingenious observer Neil Simon was of human foibles, the trouble we get ourselves into, and, especially, the complex negotiations we undertake in meaningful conversation.  And how apt, with its characters boxed in together without let, both its performers and its audience found the play to our times.

Brighton Beach Memoirs — the first in a trilogy that Biloxi Blues and Broadway Bound complete — is allegedly autobiographical.  Indeed, when the play first opened in 1983, Neil Simon’s elder brother, Danny, recognised in the relationship between the play’s narrator, Eugene, and his own elder brother, Stanley, the special relationship that he had enjoyed with Neil.  The fictional younger brother, Eugene, dreams of writing professionally if he can’t make it into one of his preferred professional baseball teams.  Aged 14, Eugene is also desperate for sexual relations with (but hoping even for unauthorised glimpses of) the elder of the female cousins his family has put up.  But, nursing unrealistic hopes and determinations, reliant on Stanley for advice on girls and life, and finding himself a scapegoat for every mishap, Eugene learns that even his brother can make a serious error in judgement. 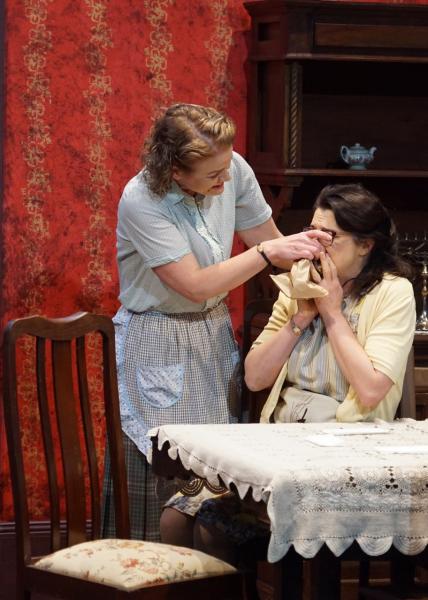 With its usual exquisite attention to detail in costuming, furniture, and props on a single set that showed us both the inside and the outside of the family home as of 1937, REP created a stage that must have been fun to work on though it was specially modified for viral safety.  And every player on that stage engaged fully with the others and with the work.  Perhaps a hiatus of more than three months in rehearsals let the players fully absorb their roles; they made a terrific cast, responding apparently spontaneously to those around them.  Unusually, every character was completely likeable, and those inhabiting the characters made them more so with their enthusiasm.  Even when their characters were angry or offended, as most of them were at some point, the actors made those feelings fully understandable.

This is the genius too of Simon, who gave the actors material that created people whose actual non-existence we could suspend our disbelief in.  And, in creating what may be Canberra’s first live-audience play in four months, the script, its direction, and the players together leave us something to remember with appreciation and a chuckle.