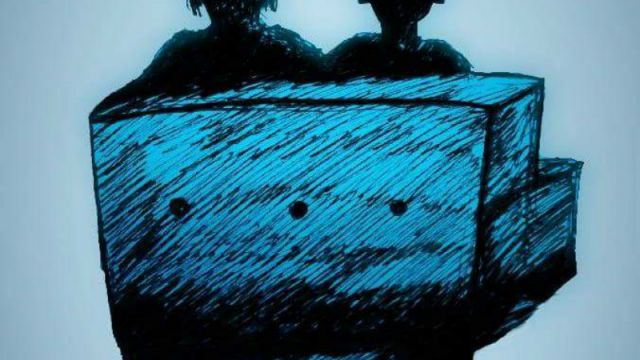 The urban dictionary defines Bromance as ‘the complicated love and affection shared by twostraight males’.

Hollywood has made this term popular with its bromances – Paul Newman & Robert Redford, Will Smith & Tom Cruise and Owen Wilson & Ben Stiller, to name a few.

Ryan Hawke’s 60-minute look at bromance is more than just a love story with a difference; it investigates the loneliness of Australian males stuck in a culture that teaches them to hide their feelings.

Bromance is narrated by an actor who could have escaped from the chorus of The Rocky Horror Show. I’m not sure of the relevance of this to the play, but it was all good fun. He had to work hard to get the audience of ten to respond and reminded me of the role of a Dame in a pantomime. He also played a number of other roles in the piece and kept the production moving.

The two central characters, Toby and Ethan, meet by chance and almost at once a bond is formed. Ethan is initially resistant to this bond but eventually succumbs and all seems to go well until Toby invites Ethan to move in with him when his lease is not renewed.

Life is rosy until Toby’s girlfriend Jessie arrives and Ethan feels his bromance is compromised. There is the inevitable fight and break up (bromance style) and Ethan returns to his previous existence.

Do the boys make up? Will there be more than just a hug?  What happens to Jessie? It would be unfair for me to divulge this; let’s just say while it’s not a Hollywood ending, it is very satisfying and highly entertaining.

The direction for this piece is very tight and well rehearsed. The cast seem at ease with the material and their characters. The actors playing Toby and Ethan are very believable. The actor playing Jessie also plays many characters, most memorably the owner of the local cinema that gives Ethan a job.

I did feel that the piece felt a little forced at the beginning, but I put that down to the small audience and nerves on the opening night. I have no doubt this will settle as the season progresses.

I was also a little perplexed at the inclusion of Jessie (a female character). In the Fringe advertising on the web another guy is introduced not a girlfriend. I feel another guy would have made the story more powerful.

Apart from that, Bromance is a highly entertaining piece of theatre that also highlights some important social issues in our society.

It deserves more audience than the ten on opening night; go and see it before the season ends.