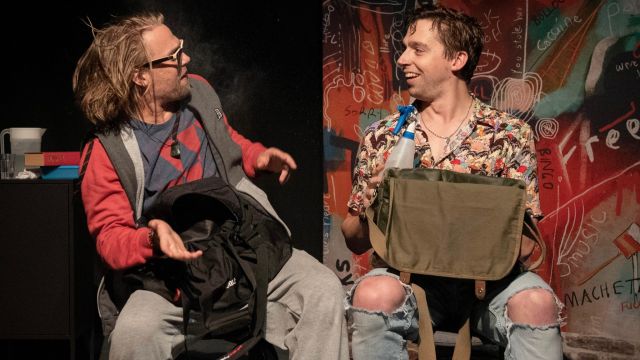 On a large graffiti wall that punches out from the otherwise simple set, coarse one-word insults and tribal sports team tributes dominate a more poignant scrawl: ‘I adored you. You left me behind’.  It’s one of the recurring themes of Brothers, a new play by Kerry Drumm, premiering here at the Adelaide Fringe, before touring to its Edinburgh older sibling.

Matt is undergoing chemotherapy when his brother, Jay, unexpectedly turns up – they haven’t seen each other for more than ten years, and through their anger, frustration and despair, the stories that caused that separation are shared. Clever vignettes of their younger days are played out on the tiny stage of the Bakehouse Studio, but these are just the background to the disarming of the sibling love-hate bomb that has been ticking away for too long, emotionally exploding across several days of visits during Matt’s treatment. 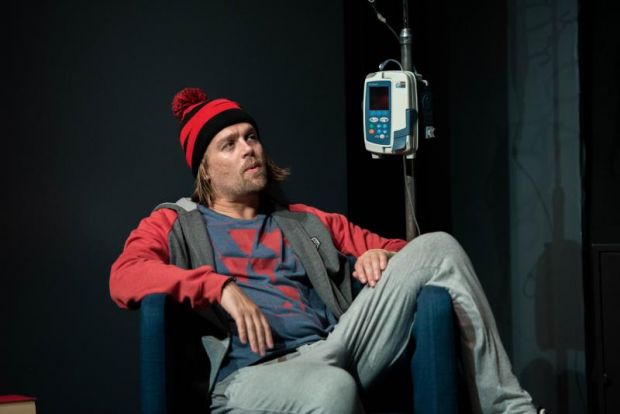 Real life brothers Daniel and Liam O’Kane are magnificent as Matt and Jay. The sibling chemistry is strong, juggling the emotional intensity of revealing a secret with familiar brother-bickering over the minutiae. Matt carries most of the anger and bitterness, accusing his brother of only being there as part of his addiction recovery steps, whilst Jay trembles with guilt and sadness. Both O’Kanes work brilliantly together, bouncing off each other’s words with distraction and new direction – just like brothers do – keeping the audience on their toes to bring all the detail together. 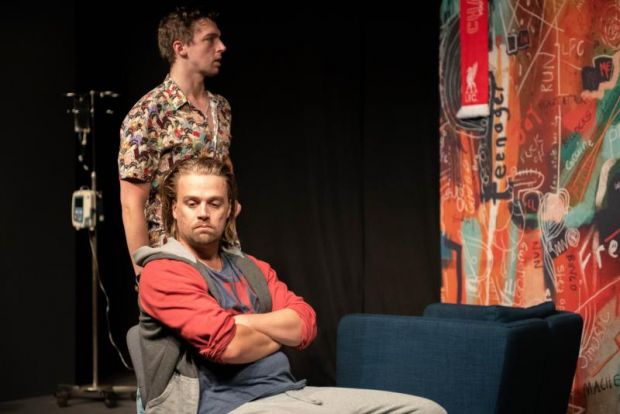 Writer Kerry Drumm’s words are terrific – the first and final thirds are needle sharp, the middle segment a little softer and more predictable, but it never drops its intrigue and still surprises. She knits together the triggers and outcomes of the two brothers – dealing with domestic abuse, premature death, teenage hormones, and Nan’s spam sandwiches. Peter Newling’s direction is tight, squeezing heartfelt emotion and manic physicality from his performers, though he would benefit from a slightly wider stage when they’re running around. 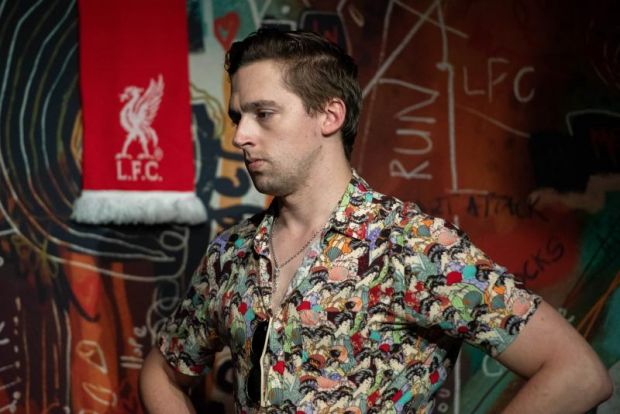 It’s a fantastic coming together of Drumm’s dialogue and the O’Kanes’ delivery, that will wring your heart through love, grief, fear, and joy.