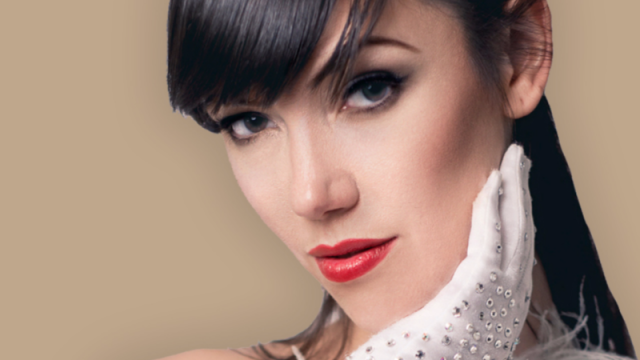 The uninhibited art of Burlesque has evolved over the years, starting in a theatrical sense in the 17th century. The use of the term ‘Burlesque’ as we know it today, began in America and was popular from 1860-1940, due in large part to performers such as Gypsy Rose Lee and Tempest Rose.

Each routine was delivered with confidence, but there were standouts that ticked all the boxes. Connie Curveball gave an explosive performance; she was seductive and used the audience to her advantage. Interesting use of props and stunning costumes showed creativity and there were some fascinating choices with music.

After the interval we were treated to routines by some of the judges, each demonstrating sass and experience.

There could only be one winner though and she was sublime.

Velvet La’vim showcased a routine that was cute, sexy and very naughty. She had rhythm and used her face as well as her body to woo the audience. Everything from her flaming red hair to her glitter-laden eyes were a winner. She danced the story of a waitress who kisses a frog, resulting in her alluring transformation.

Winners from major cities will compete in the final being held on March 23rd as part of the Kurri Kurri Nostalgia Festival. With plenty of sequins, feathers and tempting beauties, this will be an event not to be missed.