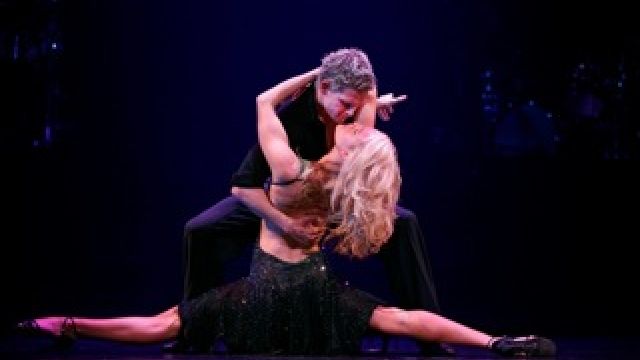 The international dance sensation has toured the globe for ten years from London to Tokyo and on Broadway where it became a hit in July, 2009
Now Burn the Floor is exciting audiences in Australia.
Opening at The Palms at Crown Melbourne, audiences were flabbergasted at the energy and excitement of more than 18 international dancers, a veritable United Nations of the dance, two singers and two percussionists. The dances ranged from the Rumba, Cha-Cha, Samba or Salsa for the Latin lovers and Waltz, Tango Foxtrot and Quickstep for the purists with the energy of Swing.
The young performers were non-stop, smoothly on and off stage for costume changes. The standard of the dance added to the thrill received by the audience. The versatility of the dancers was excellent in the swift changes from one style of dance to the other.
Quite a change from Saturday nights at the local Town Hall, where many Australians were first introduced to ballroom dancing.
The costumes have changed, becoming briefer, which leads to more ease in the movement of the body in the extraordinary energy used by these dancers.
The standard of all dancers was high and all were evenly matched. Included in the many nationalities were four Australians.
An enjoyable and exciting evening of dance, The Palms at Crown was an ideal venue for such an evening, with individual or group tables where one could relax with a drink while enjoying the evening.
Peter Kemp